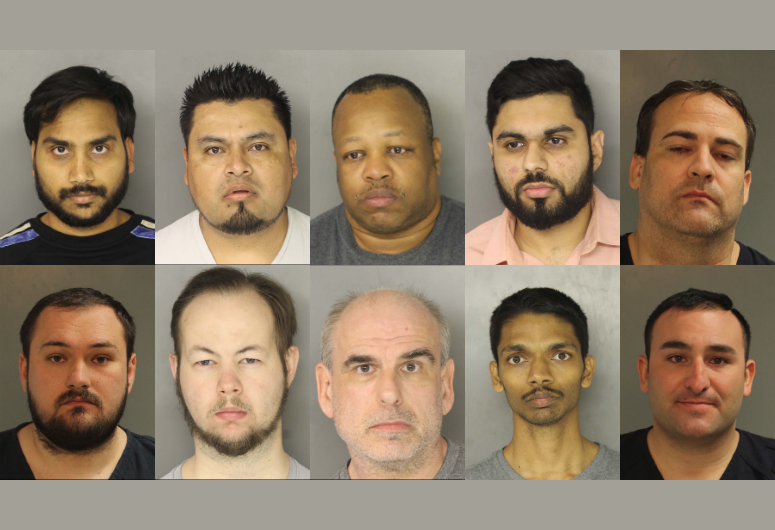 May 2, 2019 05/02/2019 5:44 pm
MEDIA, Pa. (KYW Newsradio) — The Delaware County district attorney's office announced the arrests of 10 men, each accused of trying to arrange an inappropriate meeting with a teenager over the internet. District Attorney Kat Copeland calls it a reminder to parents of the dangers lurking online.

"These defendants actively sought out and targeted juveniles," she said.

.@DaKATCopeland announces arrests of men accused of trying to arrange meets with teens but caught an Internet sting, including a pilot and flight attendant. “Ten people actively sought out juveniles for their own sexual gratification, the definition of predators.” @KYWNewsradio pic.twitter.com/Uh8N4LCTWN

Among the 10 men is an airline pilot from Massachusetts and a flight attendant from Las Vegas. One man was offering money.

According to the charging documents, the undercover officers told each man how old the child was, and each man said that was okay.

"We're asking to be a reminder to parents, to our community members, to remember how important it is for people to talk to their children, to monitor their children’s internet use, and to report any suspicious activity," Copeland said.

The men range in age from 22 to 54. They were arrested either on their way to, or at, their pre-arranged meeting places. Charges against the men include attempt to commit statuatory sexual assault or rape of a child.