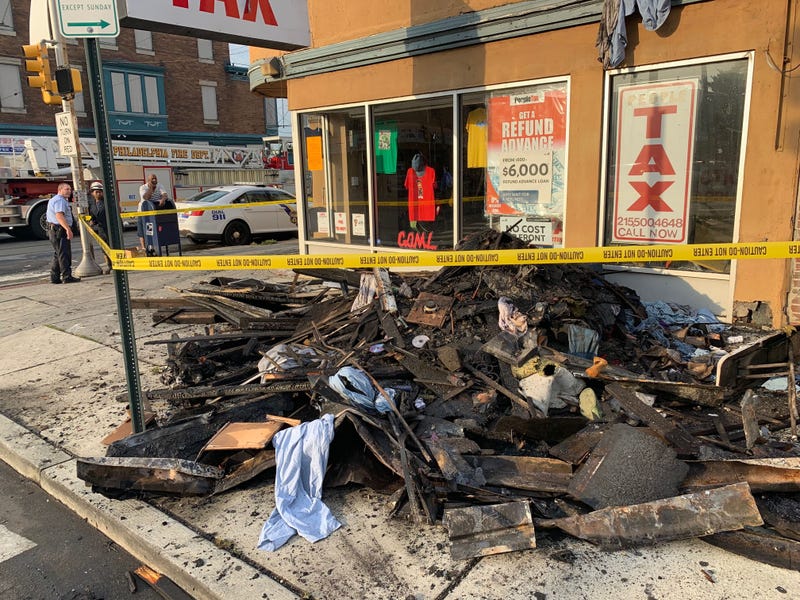 It was a chaotic scene this morning when the fast-moving fire broke out in the three-story building at the corner of 52nd and Girard streets.

Nadir Darby was sleeping on the second floor about 2 a.m. when his girlfriend smelled smoke and woke him up.

He says the pair ran to get his kids awake and get them out.

"My kids went to the door, like tried to get out. Then, smoke rushed up the steps. So, the only way out was through the window. Once they got the ladders up, it was just a matter of getting everybody out," he said.

A man was walking by the building about 2:15 a.m. and saw smoke and flames coming from the second floor front of the building and spotted a man on the rooftop calling for help.

"I ran to the back door to see if it was open and it was. I ran upstairs and I was greeted with smoke and I ran back downstairs," he said. "By that time, the ladder truck was pulling up and, ironically, me and one of my old co-workers took the ladder off the truck and raised it up and assisted people down. My man just started throwing babies out the window."

The six children, all under the age of 10, were checked out at Children’s Hospital of Philadelphia, and they are OK.

The adults were also checked out at nearby hospitals.

A clothing business on the first floor of this building also sustained damage.

The fire marshal is now searching for the cause.