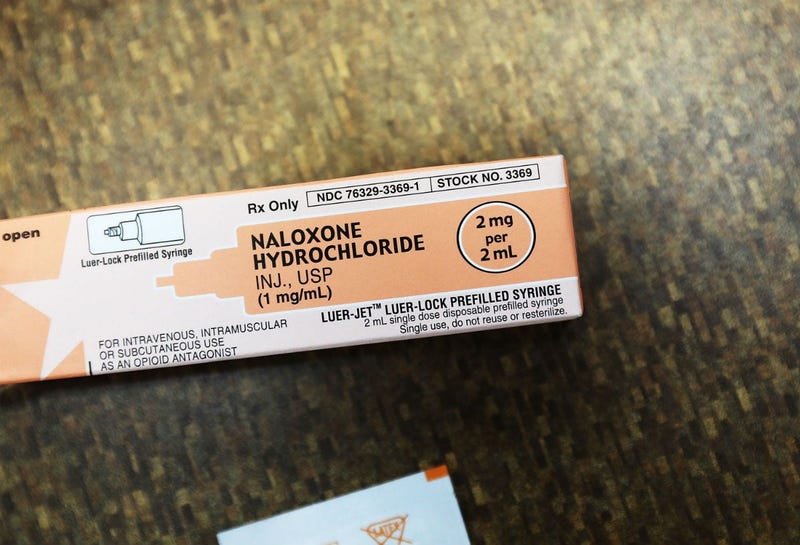 It was around 5:30 p.m. when the boy's father returned home from work to find his girlfriend, the boy's mother, passed out on the bed.

"The child was on the bed playing, and the father noticed that there were several empty baggies — the type used to package heroin — that looked like they had been chewed."

Upper Darby Police Superintendent Michael Chitwood says the father picked up the toddler, who was having trouble breathing and lost consciousness. The father took the boy to Delaware County Memorial Hospital, where he was given Narcan intravenously.

The toddler was transferred to Children's Hospital of Philadelphia, where he is in guarded condition.

Chitwood says both the father, 43, and the mother, 36, admit to being heroin users. He says the father said he'd shot up five bags of fentanyl the night before. Twelve empty bags were found in the house at 7701 West Chester Pike.

Chitwood says police expect to charge the mother with endangering the welfare of a child, reckless endangerment and drug offenses. The investigation, he says, is continuing.

Chitwood points out that it was just last year that a 10-month-old girl died after ingesting fentanyl. The parents of that child were charged with murder.

He says the opioid problem is especially acute in Upper Darby, where in a town of 8 square miles, Narcan has been used 487 times.