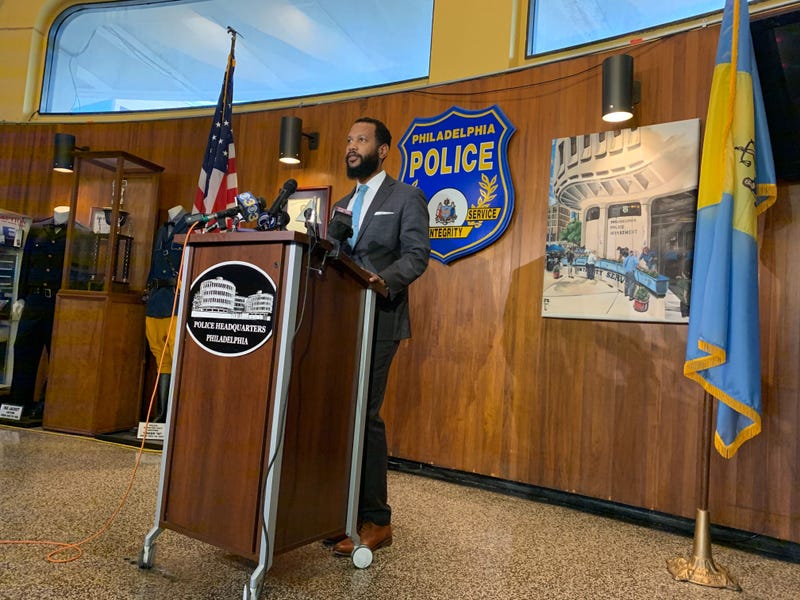 Smith said Mao was stabbed in the head and neck, and his body was dumped along Cobbs Creek Parkway.

"Mr. Mao had been killed, his body placed inside a black duffel bag, he was thrown down a hill, presumably in an attempt to conceal his death," Smith explained.

He said robbery appears to be the motive for both homicides.

"We believe that there was a PlayStation console and video games that were involved."

Gilyard had only been caring for Johnson for a few days before she was found dead and covered in blood in her bathtub late Tuesday. Her car was missing, until Johnson crashed it near 43rd and Sansom streets late Wednesday.

Johnson also faces robbery, theft, weapon and abuse of corpse charges. He was charged in the past for aggravated assault.

Police are still searching for 16-year-old Jacob Merritt-Richburg, who they believe may have more information on the case.

A spokesperson from Philadelphia's Department of Human Services emailed a statement saying, "The losses we face today are unthinkable and we grieve along with the families and communities. We are saddened by the lives cut short — a foster parent whose commitment to community meant fostering children who needed a safe home, and a young person who had his whole life ahead of him. We continue to support the police as they continue their investigation."