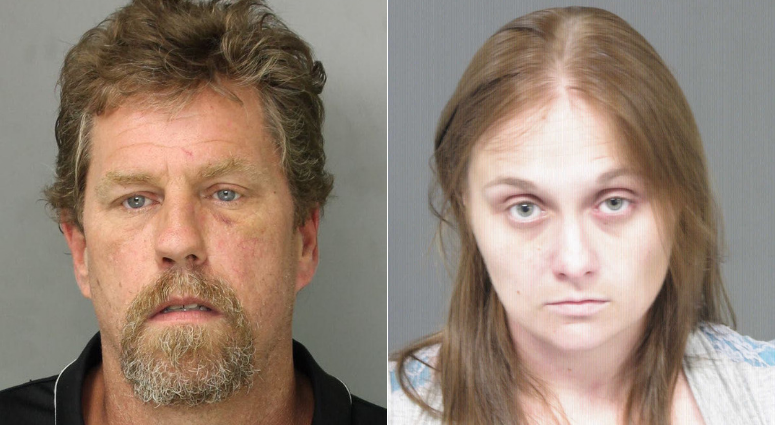 Prosecutor Tom Gannon said Justin Burks, 49, pleaded guilty to stealing dozens of guns from his dying father and illegally selling some of them and trading others for methamphetamine.

"Those firearms ended up in a variety of locations, including a methamphetamine house in New Jersey," said Gannon.

"The potential for the combination of methamphetamine and guns is horrifying," he added.

Burks has been sentenced to 10 to 20 years in prison under mandatory minimums defined by a law named after Brad Fox, the Plymouth Township police officer who was shot and killed seven years ago by a man who wasn't allowed to have a gun.

Of the more than 20 guns that were stolen, authorities say they've recovered all but one.

Seven of the guns, Gannon said, were sold to 30-year-old Lacey Williams of Green Lane. She'll spend 11 to 22 years in prison after she pleaded guilty to the gun charges, as well as endangering the welfare of a child.

She gave birth to a child in a hotel room by herself. By the time she called for help, the baby had died. She told the judge during her plea that she knew the baby would test positive for meth and would be taken away from her if she went to a hospital.

Gannon credits Warminster Township Detective John Schlotter for tracking down and recovering all but one of the stolen guns.

Investigators say Burks' father my have had unregistered guns, and there's no way to know how many of those may still be on the streets.