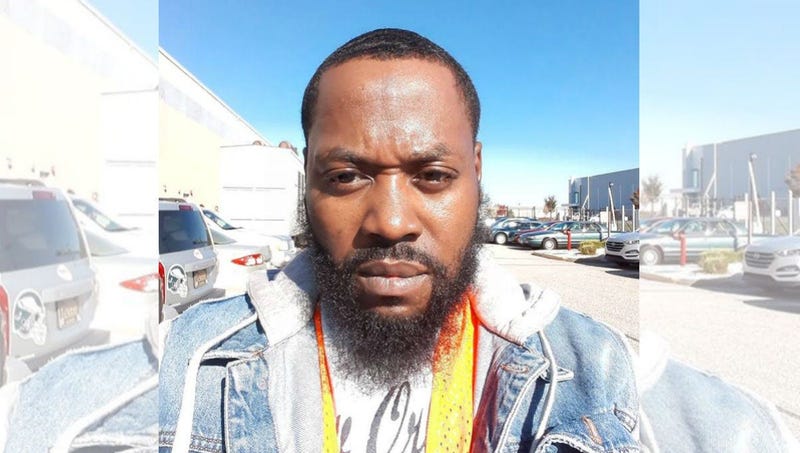 LOGAN TOWNSHIP, N.J. (KYW Newsradio) — Outside a UPS warehouse in Logan Township, a gunman was shot and killed by police, after a report of an "active shooter" became a hostage and barricading incident. The two women that he held on the inside were OK, after SWAT officers took control.
The New Jersey Attorney General's Shooting Response Team says 39-year old William Owens of Sicklerville was the man that officers shot and killed after a more than three-hour tense standoff.

Family of UPS shooter await word on his fate. 39 year old William Owens of Sicklerville was killed by SWAT teams as 3 hour plus hostage siege ended in Logan Township. Two hostages, one of whom was Owens’s firmer girlfriend, were rescued. pic.twitter.com/iE7DgHzikv

The N.J. Attorney General’s Shooting Response Team is investigating the shooting, as it does all police deadly force incidents.

Gloucester County Prosecutor Charles Fiore said law enforcement officers, including members of the Gloucester County SWAT Team, responded to the UPS Mail Innovations facility in the 200 block of Birch Creek Road at approximately 8:45 a.m., after reports that a man with a gun had taken two women hostage inside.

A source from inside the facility told KYW Newsradio that the gunman was the ex-boyfriend of one of the women he held hostage.

The source added that the armed man came through a security guard station around 8:30 a.m., and there was some kind of altercation. During that confrontation, the guard tripped a panic button, alerting day-shift employees of an emergency, which summoned police.

Fiore says a police hostage negotiating team tried to resolve the situation through contact with the man over the phone. But the Attorney General's office says the shooting happened when the gunman and hostages exited the building. Fiore says the gunman did not surrender, leading the SWAT team to “intervene.”

"'The suspect was taken down by gunfire through Gloucester County SWAT, and the two hostages were released without any serious injuries," he said.

Authorities were in contact with Owens inside the facility via phone. Officials say he did not surrender. His motive is still unknown.

About 32 employees were evacuated to the Holiday Inn by bus a couple miles down the road, where they were debriefed on the incident.

UPS staffers leave hotel where they were moved after gunman broke into their building in Logan Twp NJ. Hostages freed. Suspwct arrested after several shots were fired. pic.twitter.com/q0cd759O4c

Among them was Ashras Hajomar, who doesn't work for UPS, but just happened to be picking up a load when the gunman stormed inside.

"He walked in through the main entrance and he grabbed his girlfriend and started punching her and he said, 'I have nothing to lose,' " he recalled. "And he pulled a gun and shot in the air."

Several relatives of the gunman were kept away from reporters, who were about a half-mile from the UPS building. An unidentified woman, who said she is the gunman’s niece, said she knew he'd had a relationship with a worker there.

She said she was worried for everyone involved.

People being moved out from ups facility, scene of Stanford in Logan twp pic.twitter.com/aqyjnb5J5u

The Logan Township School District placed all schools on lockdown following police reports as a precaution. "Per Logan Police Department directive, Logan Townships Schools are in a modified lockdown," read a banner on the district's website. "All staff and students are SAFE!"