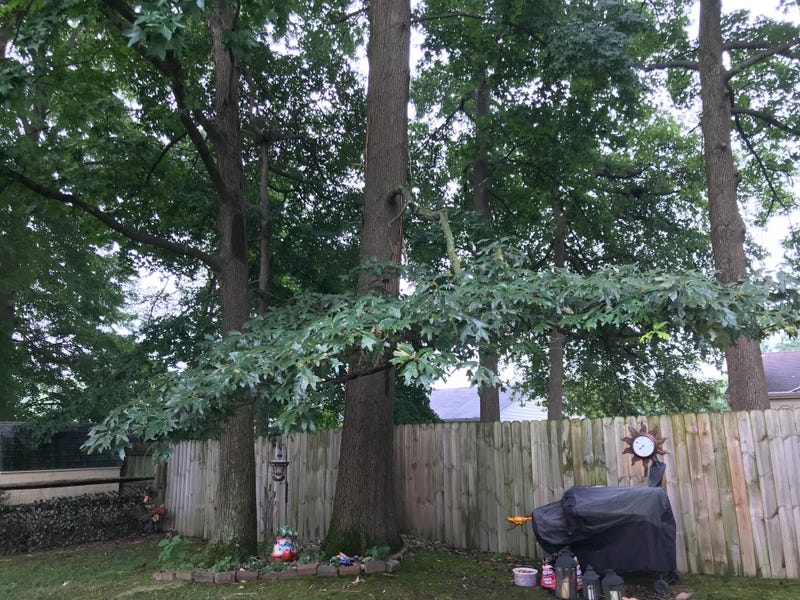 NEWARK, Del. (KYW Newsradio) — Two Delaware men are in the hospital, one is in critical condition, after they were hurt during a lightning strike yesterday.

It seemed like a nice summer afternoon on Medley Drive in the Harmony Woods neighborhood of Newark. A man with his friend was grilling in the back yard for his mother's birthday. Then around 4:15 p.m., things took a sudden, scary turn when neighbors heard a loud boom. Lightning had hit a tree, injuring the two men.

"I heard a loud boom," neighbor Erik Grzybowski said. "I looked out my window and I saw two guys lying on the ground."

"They were both breathing," Grzybowski said, "and the one guy just stopped breathing. So when the paramedics arrived, his lips were blue."

That was the 31-year-old, whose heart had stopped. First responders were able to restart it. He is in critical condition.

The 37-year-old had injuries to his chest and leg. He is in serious condition.

Both men are at Christiana Hospital.