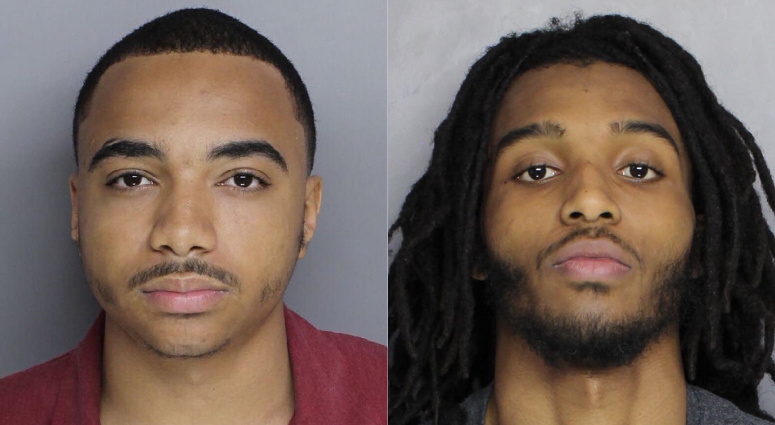 On March 24, police responded to reports of a large fight happening on the 500 block of West Street in Pottstown. The criminal complaint says during the fight, 21-year-old Makael Bevins’ younger sister was punched.

About 30 minutes later, Bevins emptied a semi-automatic handgun into the house on that block.

Prosecutor Richard Bradbury said there were nine people in the house when the shots were fired, noting it’s lucky for all that there were no serious injuries or deaths.

“Anytime someone is shooting even once in Pottstown borough, it’s incredibly dangerous, to say nothing of 15 times, into a house where there are nine people,” he said.

After he heard from his sister that she was punched, the complaint says Bevins called Ahnile Fountain for a ride.

“Mr. Fountain drove over to where Bevins was, picked him up, drove him over to the victim’s residence. Once there, Mr. Bevins fired about 15 rounds into the victim’s home,” Bradbury said.

Witnesses told police they saw a car similar to Fountain’s drive off after shots were fired, and cellphone data puts the two at the scene at the time of the shooting.

According to the complaint, investigators believe Bevins waited until a light was turned on in the front room before opening fire.

“Just to reinforce the point we’ve been talking about now for months,” Bradbury added, “if you use a gun in Pottstown borough, the police are going to catch you and you’re going to state prison.”