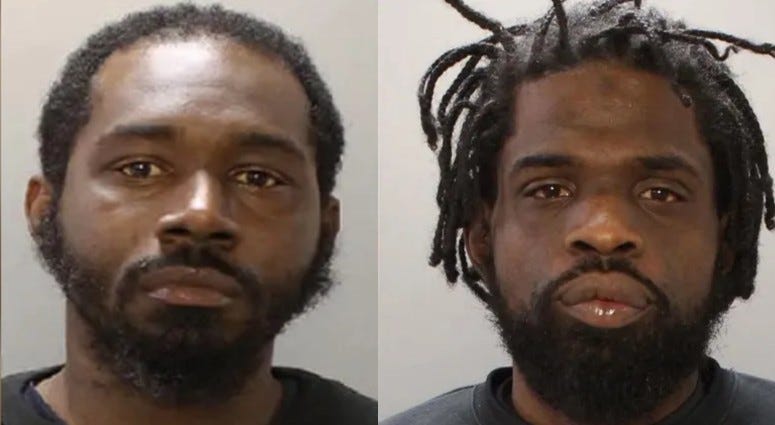 The other defendant, Keith Garner, was in the courtroom.

Both men pleaded guilty to third-degree murder and related offenses.

They say Garner prompted the shooting, first firing into the chest of Taylor-Williams, all for a few hundred dollars worth of drugs.

Prosecutors also read aloud text messages between the two men, mocking the victims and calling the girls a derogatory name.

The father of the stepbrothers spoke of his devastation, saying his heart is broken, he can’t sleep, and has problems just surviving, as he watches his grandchildren suffer.

Mattox’s sister detailed the children’s heartbreak and suffering, as well as her own.

Porter apologized to the families and said he prays for them. But the judge told him he was callous and had no regard for the value of human life, before sentencing him to 50 to 100 years in prison

Garner, 37, also apologized and said he took responsibility. He was sentenced to 40 to 80 years in prison.

Both men could be eligible for parole in their 80s.