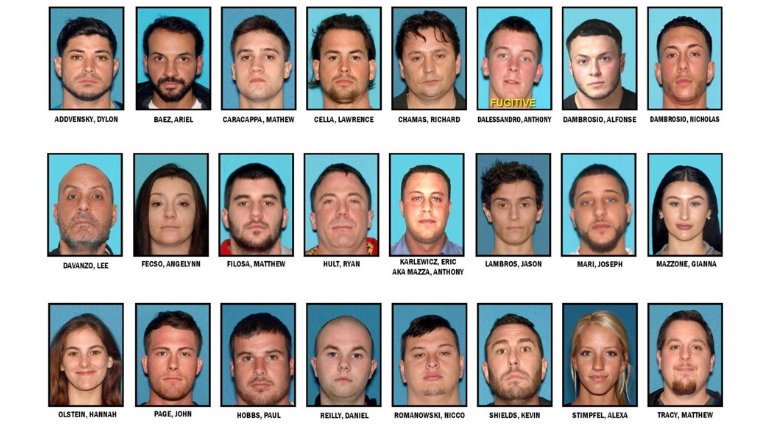 Dubbed Operation On The Ropes, Monmouth County prosecutors say the ring used legitimate candy like Nerds Rope and Sour Patch Kids and infused them with THC. After more than a dozen search warrants in Central Jersey, officials seized approximately 21,000 packages of THC-infused candy, 1,100 pounds of marijuana, and more than 6,000 THC vape cartridges.

Paired with the seizures of $1.4 million in cash and 21 luxury cars, the total value of all seized assets is pegged at $10.1 million.

“The packaging on this THC-laced ‘candy’ is almost indistinguishable from regular drug store candy,” said Monmouth County Chief of Detectives John McCabe. “Your kids may be getting high right before your eyes, if you are not paying close attention.”

“There were no sanitary measures taken, no safety apparatus, and there were certainly were no standards in place to ensure the product was not contaminated,” added Middletown Township Police Chief Craig Weber.

The South Jersey suspects are Joseph Mari from Voorhees, Gianna Mazzone from Egg Harbor, and John Page from Greenwich Township. They face drug distribution and possession charges. Most of the others who were arrested are from Central and North Jersey or New York.