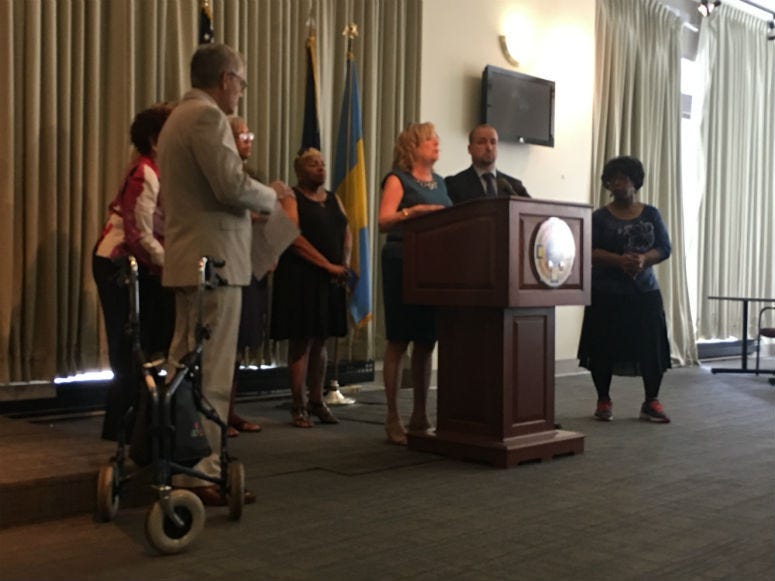 July 10, 2019 07/10/2019 7:26 pm
PHILADELPHIA (KYW Newsradio) — Three people have been charged with defrauding dozens of Philadelphia homeowners of nearly $300,000, and some of the victims targeted were the city’s most vulnerable.

The trio were insurance adjusters with Ace Public Adjusters. District Attorney Larry Krasner said they had homeowners sign contracts and then took over the money when the insurance companies paid out.

"Our investigation found that after Ace cashed the insurance check, Ace either made partial or no payment to the person whose home was damaged," Krasner said.

One of the victims was Evon Butler.

Butler, who has lived in her house for decades, has now had her insurance policy cancelled as a result. She still has tin cans collecting water in her bedroom from her leaky roof.

"I’ve been there 42 years. Selling as is, I’m not going to get that much money. I don’t have a clue where I am going to live, what I am going to do," Butler said.

Krasner thinks there could be more victims.

"And if there are, we hope to hear from them, but we believe these are not the only public adjusters who embarrass their profession by taking advantage of vulnerable people, and this office wants to hear about it," he said.

You can call police or the prosecutor’s economic crimes unit at 215-686-9902 if you think you could be a victim.