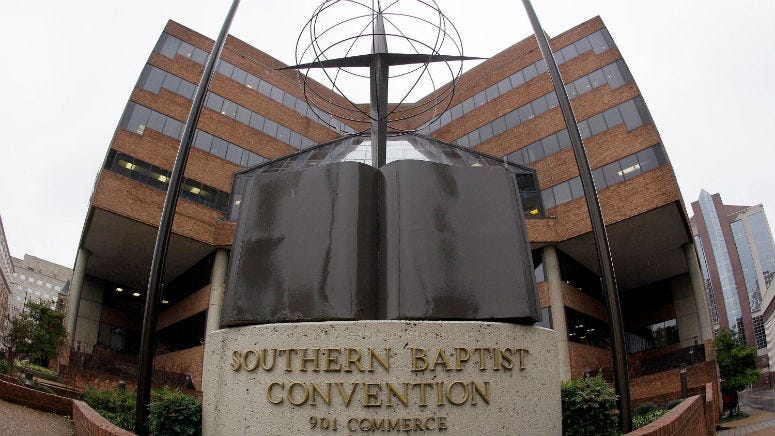 February 11, 2019 02/11/2019 8:26 pm
By Daniel Burke, CNN Religion Editor
(CNN) -- Since 1998, about 380 Southern Baptist leaders and volunteers have faced allegations of sexual misconduct, according to a sweeping investigation by two Texas newspapers.

The Houston Chronicle and the San Antonio Express-News also found that in the past 20 years, more than 700 victims have been abused, with some urged to have abortions and forgive their abusers.

In Texas alone, the newspapers interviewed police and district attorneys in 40 counties.

"Ultimately, we compiled information on 380 credibly accused officials in Southern Baptist churches, including pastors, deacons, Sunday school teachers and volunteers," the newspapers said. "We verified that about 220 had been convicted of sex crimes or received deferred prosecutions in plea deals."

Of those 220, 90 remain in prison and 100 are registered sex offenders, according to the report.

The investigation comes as other religious bodies, including the Catholic Church, face accusations of widespread sexual abuse of its members, especially children, over decades.

But unlike the Catholic Church and other Christian denominations, the Southern Baptist Convention is a collection of 47,000 autonomous churches, with little power to force churches to comply with policies.

"The SBC presents no governing policies to churches because the SBC is not a governing organization; it is a service organization. Each church is self-governing," said Sing Oldham, a spokesman for the Southern Baptist Convention.

"However, the Convention has consistently called on churches to report immediately to law enforcement any known or suspected instance of sexual abuse in a church context and has provided resources to inform churches of ways to help protect their congregants," Oldham added.

With about 15 million members, the Southern Baptist Convention is the largest Protestant denomination in the United States.

"We remind all Southern Baptists of their legal and moral responsibility to report any accusations of child abuse to authorities in addition to implementing any appropriate church discipline or internal restoration processes," "We likewise call upon all Southern Baptists to cooperate fully with law enforcement officials in exposing and bringing to justice all perpetrators, sexual or otherwise, who criminally harm children placed in our trust."

The resolution also urged Southern Baptist churches to use background checks, including the Justice Department's database of sexual predators "or other relevant resources" to screen potential staff and volunteers.

The Southern Baptist Convention does not maintain its own registry of sexual offenders.

"In 2018, as advocates again pressed SBC officials for such a registry, Houston Chronicle reporters began to search news archives, websites and databases nationwide to compile an archive of allegations of sexual abuse, sexual assault and other serious misconduct involving Southern Baptist pastors and other church officials," the newspapers said.

"We found complaints made against hundreds of pastors, church officials and volunteers at Southern Baptist churches nationwide."

Southern Baptist Convention President J.D. Greear, who was elected last June, was not immediately available for comment, but responded to the newspapers' investigation on Sunday with a series of tweets.

"The abuses described in this @HoustonChron article are pure evil," Greear tweeted.

"There can simply be no ambiguity about the church's responsibility to protect the abused and be a safe place for the vulnerable. The safety of the victims matters more than the reputation of Southern Baptists.

"As a denomination, now is a time to mourn and repent. Changes are coming. They must. We cannot just promise to 'do better' and expect that to be enough.

"It's time for pervasive change," Greear continued. "God demands it. Survivors deserve it. We must change how we prepare before abuse (prevention), respond during disclosure (full cooperation with legal authorities), and act after instances of abuse (holistic care)."

Russell Moore, president of the Ethics & Religious Liberty Commission of the Southern Baptist Convention, said in a blog post that the alleged abuses contained in the report were "alarming and scandalous."

"Church autonomy is no excuse for a lack of accountability," Moore continued.

"Yes, in a Baptist ecclesiology each congregation governs its own affairs, and is not accountable to anyone 'higher up' in a church system. And yet, the decisions a church makes autonomously determine whether that church is in good fellowship with others. A church that excuses, say, sexual immorality or that opposes missions is deemed out of fellowship with other churches. The same must be true of churches that cover up rape or sexual abuse."

In the blog post, Moore also confronted those who "have implied that the horrific scandals we have seen in the Roman Catholic church are due to the theology of Catholicism, the nature of a celibate priesthood and so forth."

"No church should be frustrated by the Houston Chronicle's reporting, but should thank God for it," Moore concluded.

"The Judgment Seat of Christ will be far less reticent than a newspaper series to uncover what should never have been hidden."