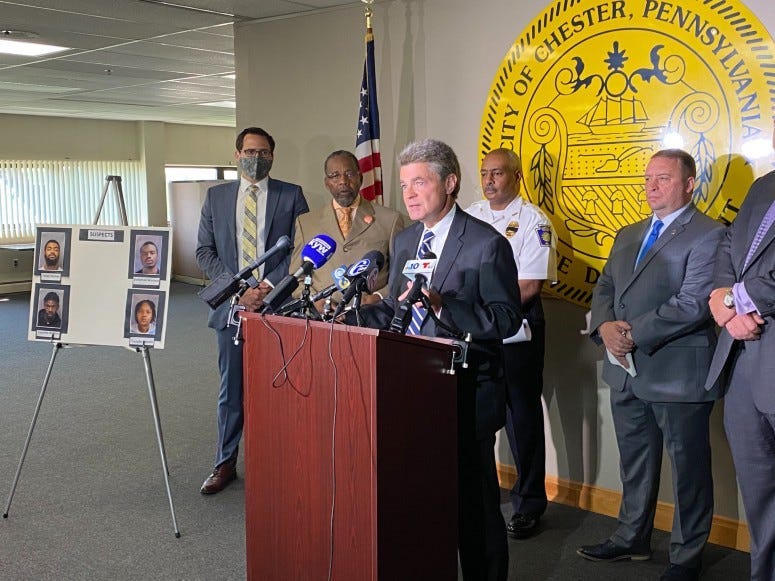 Perhaps the most powerful words of all came from Chester Mayor Thaddeus Kirkland, who said justice has been served but this is not a time to celebrate.

“Simply because of this, one young life lies cold in the grave and four lives will be changed forever,” he said.

The young life is 13-year-old Ny'Ques Farlow-Davis, who Delaware County Deputy District Attorney Matt Krouse said was shot dead on May 3 while walking home with a friend.

“Near feet from his home. Near feet and he was targeted, he was chased down and he was executed in the middle of the day,” Krouse said.

There are no details on why this happened.

“There’s a community that yet again has to pick up the pieces due to another shooting in Chester,” Krouse added.

Authorities say they were able to make these arrests because of all the help and information they received from that community.