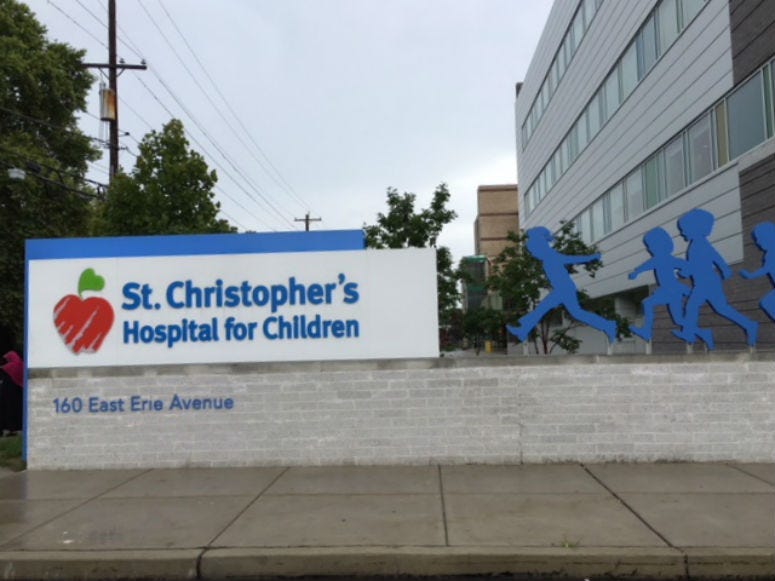 PHILADELPHIA (KYW Newsradio) — The parent company of Hahnemann University Hospital and St. Christopher's Hospital for Children, Philadelphia Academic Health System, announced on Wednesday that the pediatric hospital will be sold.

Four other major Philadelphia healthcare organizations announced on Wednesday that they are joining forces in efforts to save St. Christopher's, one of the nation's busiest emergency room for children.

The sale comes as part of the Chapter 11 bankruptcy filing by PAHS, the latest in the Hanehman hospital fallout. PAHS chief restructuring officer, Allen Wilen, said in a statement that patient care would not be affected.

Einstein Healthcare Network, Jefferson Health, Philadelphia College of Osteopathic Medicine and Temple Health have formed a consortium to collectively buy St. Christopher's. The four plan to submit a letter of intent to PAHS to allow St. Christopher's to continue operations of caring for children in underserved areas.

All four institutions have affiliations with the children's hospital for the training of doctors, nurses and other health professionals.

Larry Kaiser, of Temple Health, said in a statement that the consortium has an extraordinary stake in the health and welfare of children of Philadelphia and the training of pediatricians.

He said "St. Christopher's is a part of a Philadelphia family legacy and it needs to stay that way."