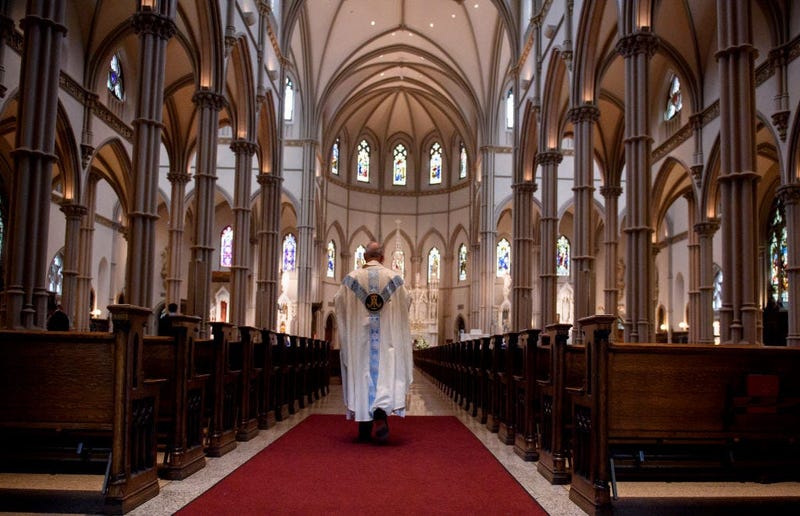 February 11, 2019 02/11/2019 6:52 pm
NEW JERSEY (KYW Newsradio) — Mediators who handled the 9/11 Victim Compensation Fund — plus a panel in the Archdiocese of Philadelphia that provides aid to survivors of clergy abuse — will now handle similar claims across five Catholic dioceses in New Jersey.

Camille Biros, who administered the 9/11 fund and now the IVCP, said the awards will be based on certain factors, including the amount of documentation available, the age of the victim when the abuse occurred, and the frequency and type of abuse.

The program will be funded by the Catholic dioceses in Newark, Trenton, Camden, Paterson and Metuchen.

"They're funded by existing resources, loans, maybe the sale of property," added Biros.

RELATED: Philly priest on administrative leave after report of sexual abuse of minor

While she would not discuss potential outcomes, like similar panels, Biros said there is "no monetary cap on claims, either in the aggregate or for any individual."

Biros and her partner, Ken Feinberg, emphasize the neutrality of the program, adding only they will determine amounts of awards for credible claims — and the church will have no say.

Biros said they will first get a list of "known" victims and the relevant files. She did not know how many there may be. Then, the next phase will be new claims by those who never before filed claims.

The New Jersey program will compensate eligible victims of child sexual abuse, including those whose financial claims have been legally barred — like other states, including Pennsylvania — by the statute of limitations. While there are indications that state legislatures are under pressure to open a window for abuse lawsuits, Biros does not believe that they are driving dioceses to act on voluntary settlements.

If legislation passes, Biros said victims will have options.

"When Mr. Feinberg and I were working on the 9/11 compensation program, the GM ignition switch program, the BP oil spill — those individuals had the exact same choice. They could have filed suit. About 95 percent of the individuals who were potentially eligible came into the program," she explained.

The IVCP is a voluntary program, and victims would have to waive their rights to sue the church in the future, if they accept the compensation.

"They would have to sign a release that releases the particular diocese against any future claim," noted Biros.

When Feinberg and Biros announced the plans for the program in the Archdiocese of Philadelphia, they disclosed that the initial mailing in November 2018 went to 342 known survivors within the church who submitted credible allegations.

Earlier this month, according to the archdiocese's Office of Investigations, there were 178 allegations of sexual abuse of a minor by an archdiocesan priest. A spokesman for the Archdiocese of Philadelphia said the vast majority of them happened prior to the 1980s.