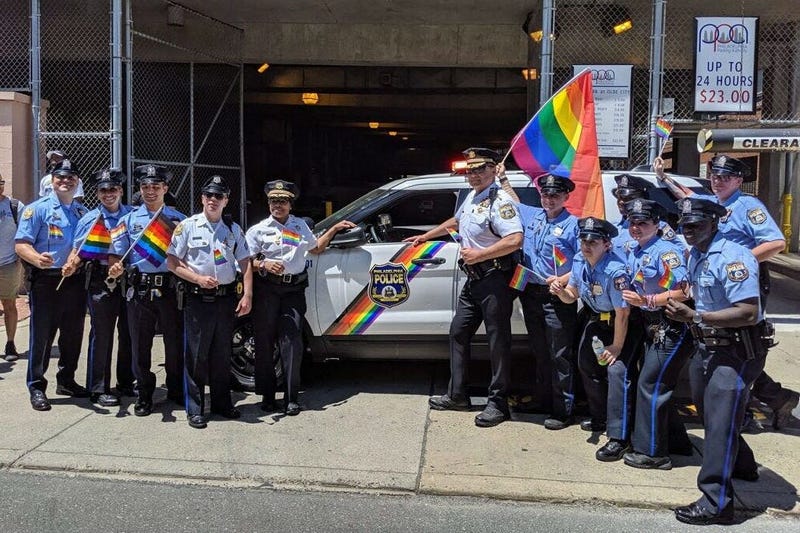 PHILADELPHIA (KYW Newsradio) — Legend has it, transgender women of color started the Stonewall riots on June 28, 1968, in protest against New York City police harassment. Almost 50 years to the day, Philadelphia police rolled out one of the most progressive policies in the country for treatment of transgender people in custody.

On Tuesday, Philadelphia Police Department officials joined LGBT activists for the roll-out of Directive 4.15, which overhauls the department’s 2013 policy by eliminating derogatory terms that refer to transgender individuals in custody. The guideline also gives transgender prisoners the right to choose the gender of the officer- conducting body searches, among other progressive measures.

"As a trans woman, we would be targeted by police," says Deja Lynn Alvarez, a trans Latina activist who recently ran for City Council at Large.  "They would arrest us, beat us. I was arrested for simply walking down the street on several occasions."

Police harassment dates back decades in Philadelphia. Gay and lesbian bars were subject to raids as late as the early 1980s. LGBT people, specifically, transgender people of color have reported street harassment and arrests, even questionable body searches for years. But slowly change is coming, thanks to resistance and lawsuits, like the one Alvarez filed against police in 2001.

Transformation is also coming from the inside.

"I'd like to say I'm the highest ranking genderqueer officer in the department," says Jo Mason, who joined the department in 2002.

They watched their former range instructor, the late Maria Gonzalez, transition to presenting herself as female while in the ranks.

"At the time, the department almost was not prepared to handle it," says Mason, who reasoned at the time staying in the closet was the right decision.

But over time, the shift became more evident. In 2013, Philadelphia police implemented the department’s first policy for interactions with transgender people. Mason watched officers undergo training. In 2015, Mason decided to come out via an article in a local publication.

"Everybody said the same thing: ‘Jo, you're an amazing cop. Don't worry about it. Be you,’” Mason remembers. "Just be happy."

A nine-year veteran, Officer Rasheed Murrell decided to come out four years ago. He says it helps with community relations.

"I'm not in the closet trying to play both roles," he says. "I'm out, I'm Black, I'm queer, and I can relate to all those communities."

Earlier this month, Murrell marched in the Philly Pride Parade in uniform with two-dozen other officers — it was the first time the department had uniformed officers represent en masse.

"It was amazing. A feeling I'll never forget," he says.

This was 50 years after the Stonewall riots galvanized a national equal rights movement.

“Yeah, 50 years,” Alvarez says. “But we are not focused on how long it takes, just on the fact that it's getting done.”

Once a target, Alvarez is now a billboard for progress. She has a seat on the Mayor’s Commission on LGBT Affairs and on the Philadelphia Police Liaison Committee, which drafted the new transgender directive.