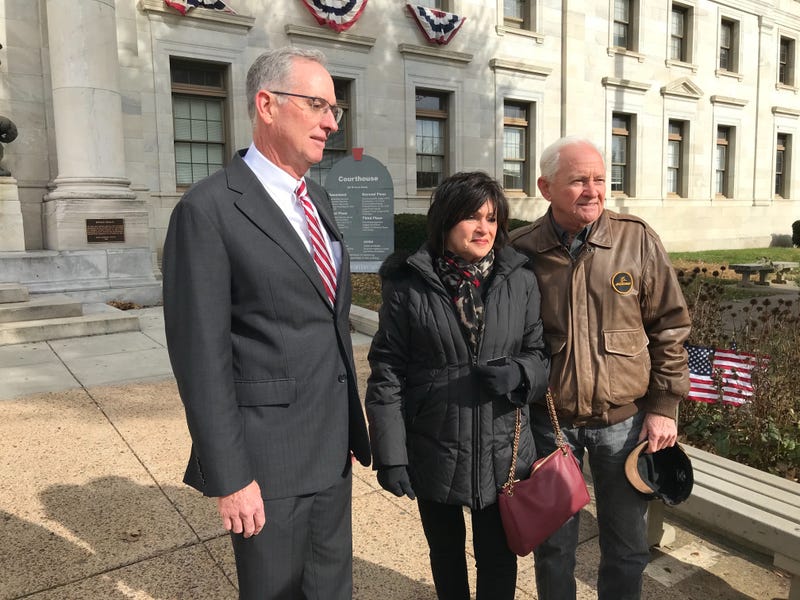 MEDIA, Pa. (KYW Newsradio) — The man who pleaded guilty to driving drunk and high during a deadly car crash in Delaware County earlier this year was sentenced to up to five decades behind bars Thursday morning. The victim's family says they believe justice will finally be served.

Before the judge sentenced David Strowhour to 25 and a half to 51 years, he addressed victim Deana Eckman's family.

With tears in his eyes and a shaky voice, he apologized and said he would never forgive himself. He was driving drunk and high in Upper Chichester on Feb. 16 and got into a head-on crash, killing Eckman and seriously hurting her husband Chris.

Eckman's mother Roseann DeRosa wasn't having it, especially since Strowhour had been convicted of five DUIs before the crash that killed her daughter.

"Ten years he drove like this," she said. "Something should have clicked in his head to do the right thing. I mean, he was like a wrecking ball on the road."

When addressing the court, Derosa said the criminal justice system failed her daughter. So, she'll continue her work on Deana's Law, with the help of Pa. Sen. Tom Killion, to make sure repeat DUI offenders aren't let off the hook as Strowhour was.

"He should have never, ever been on the streets. Never," she said.