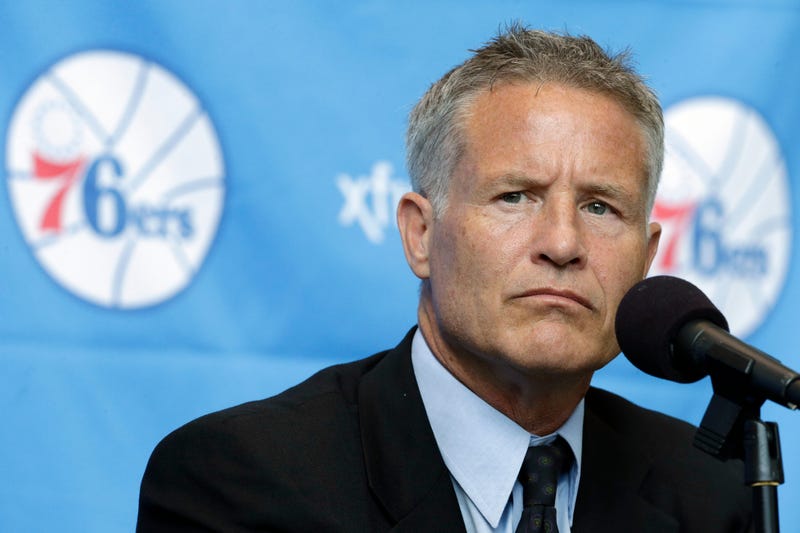 If the team's two franchise All-Stars deliver to their potential, it’s hard to find someone who doesn’t think the Sixers can compete with anybody in the NBA.

Head coach Brett Brown delivered positive reports about both players on Wednesday afternoon in an hour-long Zoom chat with the media.

First, Brown cleared up any speculation about how Simmons has been recovering from his back injury.

“He’s good to go, and he’s put in a tremendous amount of work for me to be able, confidently, to say that,” Brown said.

Brett Brown says Ben Simmons does not have to be inched along. He believes Ben is effectively 100%“You’re going to treat Ben like Shake or Matisse. He is good to go. He has put in a lot of work. This has enabled Ben to reclaim his health”#Sixers pic.twitter.com/qNTL2CUYTr

“We look forward to watching him with what I’m told is effectively 100% health.”

Of Embiid, Brown said the center has put in the work during the pandemic. Embiid has noted many times in the past that long breaks from playing up-and-down, full-court basketball gets him out of shape.

“Let’s just start with the respect and applause I give him for putting in time,” Brown said. “There is nobody on our team that has put in more time than Joel Embiid.”

And if his expectations for Embiid’s conditioning are met after training camp down in Orlando, Brown said, “I’m looking for Joel to come in as good of shape as he has been in since I have coached him.”

Asked about the success of the pick-and-roll offense with Embiid and Simmons in a 110-103 win over the Los Angeles Clippers on Feb. 11 at Wells Fargo Center, Brown said, “I am excited to continue to grow that part of those two players’ world. And I think you’re gonna see more of it in the regular season and, based on its success, see more of it in the playoffs.”

No players have tested positive for COVID-19

The Sixers are currently holding voluntary, individual workouts at their Camden practice facility. They’re scheduled to leave for Walt Disney World on July 9.

Brown said Wednesday afternoon that no player has tested positive for COVID-19, and no one has elected to stay back. Zhaire Smith is reportedly injured with a bone bruise and isn’t expected to go.

After the Sixers arrive in Orlando, it’s three weeks of training before an Aug. 1 game against the Indiana Pacers — their first of eight scheduled games before the playoffs.

Brown said he is putting a lot of stock into camp and is hoping his players are in B or B+ shape.

The NBA and its players union are figuring out ways to use their platform in Disney to bring further awareness to social issues — a topic Brown wanted to talk about Wednesday.

“This thing that we’re talking about — for me, as a 59-year-old white man — has been just jaw-dropping in relation to being educated," he said.

Brown is part of a committee with his coaching peers focused on creating real social change. He said recent conversations with his players have been almost entirely about racial inequality. “My last two Zoom calls with my team have had about 1% of basketball and 99% of all of the racial injustice circumstances we’re all living and breathing now," he said. “This thing here that we’re living right now, all of us, is real. It is incredibly real with my team."

“What the league has decided to do in Orlando, and some of the things that are now going on with Black Lives Matter, I look forward to getting in Orlando and looking at my guys and trying to figure out, what’s our path? What can we do as a team? How about Philly? Like, when you really dig in, what’s going on really in Philly that we can maybe make a difference?”

As coronavirus cases have spiked in Florida, there is concern about whether the NBA can pull off this season and crown a champion in October.

Brown said he is not “bold” to think the Disney campus environment is a hermetically sealed force field capable of keeping everyone 100% shielded from COVID-19.

“To feel like everybody is not feeling some level of anxiety, whatever the level it might be, would be recklessly naive,” he said.

At the same time, Brown said he was “blown away” by the meticulous protocol the NBA created for their stay in Disney World, and he feels comfortable enough being there as someone who’s not in his 20s and 30s.

Brown hopes everyone follows the guidelines the NBA has created, though he suspects that not everyone will follow them to perfection.

Despite the physical and health risks, Simmons said he trusts the NBA’s coronavirus protocols and he’s ready to return from his back injury.

“I’m feeling better than I was when I started the season,” Simmons said in a Zoom call Thursday. “I feel like it’s my responsibility to go down there and represent Philadelphia in the highest way I can possible, and I think this is the right way to do it.”

Simmons began rehabbing his back right after he injured himself in February. It’s unknown whether he would’ve been ready for the playoffs if the virus didn’t suspend games. Now, he said he feels comfortable and has put on more muscle.

“This extra window of time — it’s a blessing that occurs with everything going on, but I’m using it to my full advantage to get back out there,” he said. “It gets hard to keep that size on during the season, so this was kind of like a resetting point. I was able to get pilates in almost every day, lifting weights, taking care of my body and getting back to 100%.”

Brown said he looks at this hopeful restart as a “clean slate.” The Sixers did not play to everyone’s expectations through 65 games, but Brown pointed out that their starting five — Embiid, Simmons, Tobias Harris, Josh Richardson and Al Horford — haven’t played together in many games.

He also alluded to the number of new players on the team. He believes the resumption of the season is a chance to show their full potential.

And, he recognizes they’re not going to have an arena full of screaming Sixers fans like they do at Wells Fargo Center, where they were 29-2 this season, compared to 10-24 on the road. Brown believes their defense has to be better on the road, and there is a toughness and togetherness needed to win when not in South Philadelphia.

“I feel that, although we don’t have the insulation of 20,000 people in the Wells Fargo Center, I think that we have the opportunity. We have the ability.”