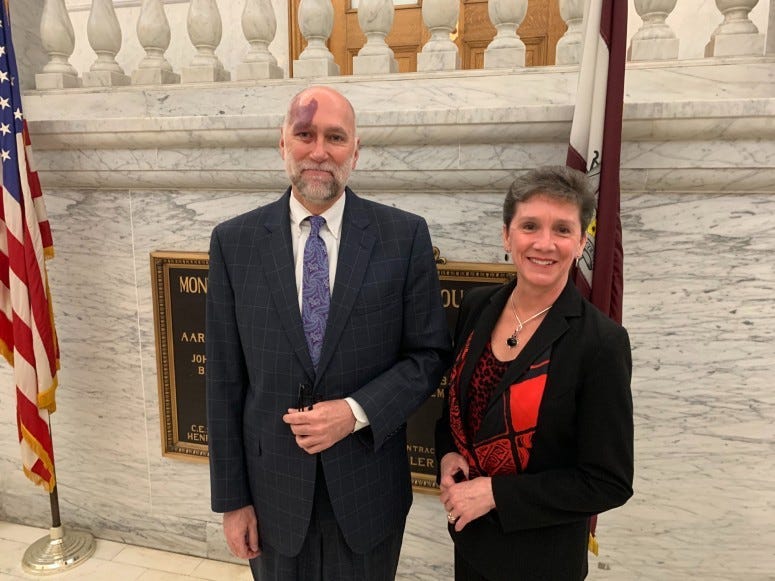 Greg Nester is now the chief of mental health in the Montgomery County Public Defender’s Office.

"Before the creation of a dedicated position, it was just every attorney had to figure it out sort of for themselves," Nester explained.

Which is no easy task as that’s dealing with the Mental Health Procedures Act of 1976, which Nester says someone once described to him as "a poorly written statute for a mental health system that no longer exists."

He explains those who get arrested and have mental health issues are more likely to be incarcerated for a longer time.

"It’s more difficult for someone with mental illness to be paroled back to the community. And they have a higher rate of recidivism," he said.

That means more time in prison and higher costs to house inmates, so a key part of his role is identifying possible mental health concerns as early as possible.

“So that we can reduce the length of time in jail, connect them with community services and give them tools to succeed in the community so they do not re-offend," he added.

His other roles include coordinating with the district attorney’s office in cases involving mental health issues and assisting private attorneys.

Nester and Cara McMenamin, his counterpart in the DA’s office, say with an increased focus at the county level and with help from the state, they’ve been able to speed up the process of getting people out of the county jail and into a facility that can properly address mental illness.

He says three years ago, that could have taken a year or more. Now, it’s a matter of days.