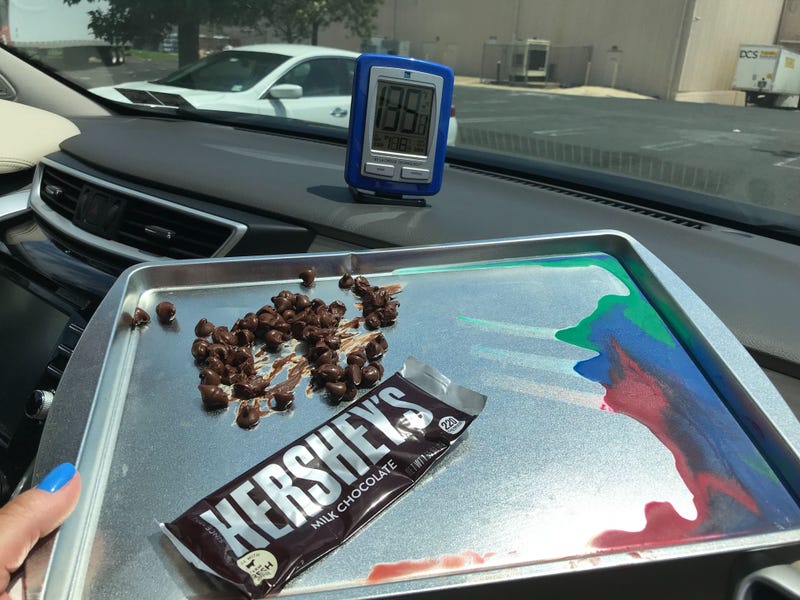 PHILADELPHIA (KYW Newsradio) — With the recent streak of temperatures in the 90s, AAA is reminding drivers to keep a close eye on their kids and pets whenever they're leaving their vehicles, as the hot weather can be fatal for the smaller members of the family.

During summer months, a vehicle's interior can reach deadly temperatures in less than 20 minutes, according to Jana Tidwell with AAA, who says a child's body heats up three to five times faster than an adult.

She says on a hot day, the inside of cars can reach 180 degrees, which is hotter than the temperature needed to cook ground beef.

Tidwell says in addition to making it a routine to check your vehicle before leaving, you should keep an item by your side that reminds you someone else is there.

“You see a stuffed animal or something on the front seat as a reminder that the child or the pet is in the back seat of the car,” she advised.

If you happen to pass by a car where you see a child left unattended in a car in extreme temperatures, she says newly minted Pennsylvania laws allow you to take action.

“You can break into the vehicle to rescue the child as long as you have done your due diligence in trying to locate the vehicle owner in addition to calling 911,” she said.