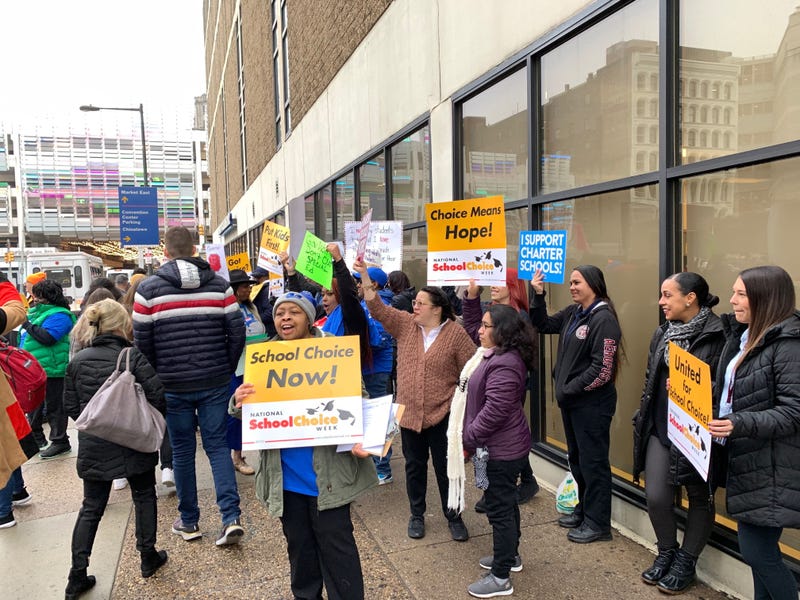 Wolf is seeking $100 million for basic education and $25 million for special education funding. He also wants to reform Pennsylvania’s charter school law to “ensure all public schools in our commonwealth are providing high-quality education.”

As a result, he says it would save public school districts about $280 million, but his plan doesn’t sit well with charter school parent Shereda Cromwell.

“I take this as a personal attack on my children and their academic success,” she said.

“It would mean catastrophic cuts to the programming for those students,” he said. “It attacks our students who have the highest needs. It's absolutely outrageous.”

Gordon called the governor a “wolf in sheep’s clothing.”

“He is changing the formula. More profoundly, he's changing how money is distributed. So not only does he change the way the pie is divided,” he argued, “he shrinks the pie by $100 million here in Philadelphia.”

But Wolf’s spokesman J.J. Abbott defends the proposal. He said charters are receiving "outsized" payments for special education, and the governor wants to align funding with what traditional public schools get.

“Right now, a charter school is getting a flat amount for each special education student, even if they don't spend that funding on that student,” he explained. “All the governor's proposal is, is to make charter schools accountable to the same standards of traditional public schools, and operate under the same special education funding formula that those traditional public schools are already operating under.”

In his remarks on the budget on Tuesday, Wolf said charter schools have “strayed” from their original purpose in “providing a source of competition and innovation that can benefit all students, no matter what school they attend.”

“Some are little more than fronts for private management companies, and the only innovations they’re coming up with involve finding new ways to take money out of the pockets of property taxpayers,” he said, “like setting up sham online schools or exploiting a loophole in special education funding.”

The charter advocates delivered a letter requesting a meeting with the governor on the funding issue.