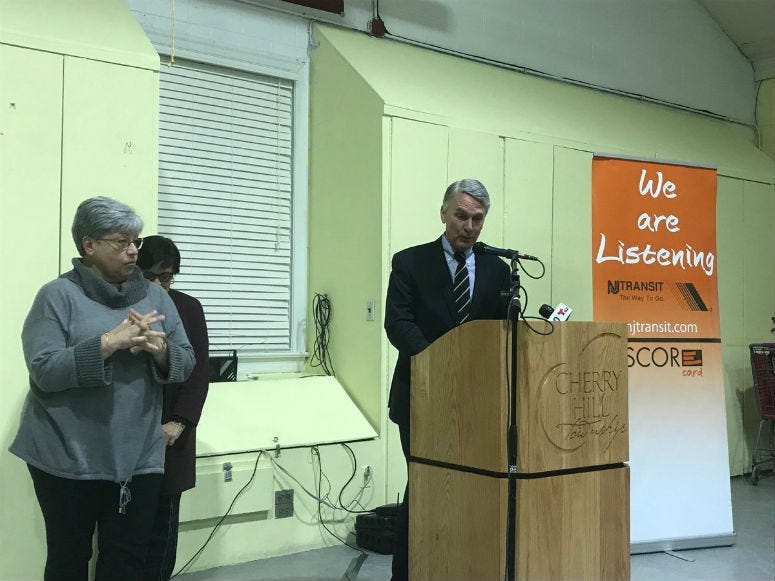 Like most of the Atlantic City rail riders who came out to Wednesday's public meeting in Cherry Hill, James Mohollen wanted to know what's going on with the line that's been suspended since September.

"I'm interested to see when this train is going to back service so I can run down to Atlantic city. It's stopping me from going down, and shopping down there," he said.

New Jersey Transit's executive director, Kevin Corbett, says the line will be back up and running Friday, May 24, just in time for Memorial Day weekend.

"We had a whole host of problems. We still have a long way to go but we started straightening up some of the past mess, and I think it's really nice to be able to do something that makes people happy," Corbett said.

The line was originally stalled to install positive train control, a system designed to automatically stop a train before certain accidents, which was completed in December.

But Corbett says the line's reopening took so long because of other problems.

"We also have an engineer shortage, which I think has been well documented that we're rebuilding," Corbett added.

James Mohollen says he has his sights set on the May 24 reopening of the train line.

"I miss it, I miss it. I feel very excited about it. Atlantic City is a play land of the world," Mohollen said.

Along with the reopening, officials say the line will come with a revamped schedule.