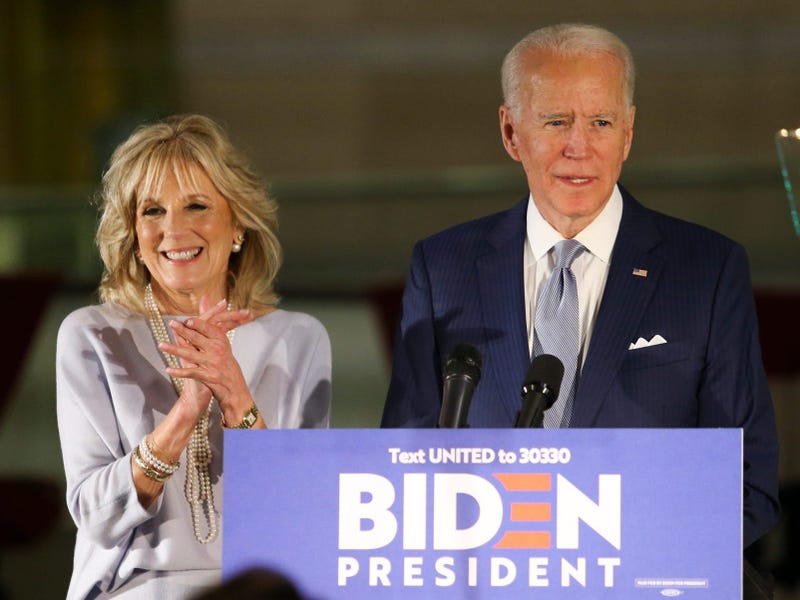 PHILADELPHIA (KYW Newsradio) — Democratic presidential candidate Joe Biden had a big night Tuesday, taking four primaries, including the battleground state of Michigan. Because of concerns over the new coronavirus, his campaign cancelled a rally previously scheduled to happen Tuesday night in Cleveland, and the former vice president spoke at the National Constitution Center in Philadelphia instead.

Along with Michigan and its 125 delegates, Biden took Missouri, Mississippi and Idaho, setting himself apart from Vermont Sen. Bernie Sanders. It was a blow for Sanders who won the 2016 Michigan primary.

Sanders won the North Dakota primary, while Washington State is still a toss-up.

In the delegate count, Biden has 820, Sanders has 670. 1,991 are needed to secure the nomination on the first ballot at the Democratic National Convention this summer.

After the Sanders campaign cancelled its rally, the senator did not speak after the primary results came in.

Sanders and Biden will still participate in a televised debate on Sunday, but the DNC says there will be no studio audience out of an abundance of caution.