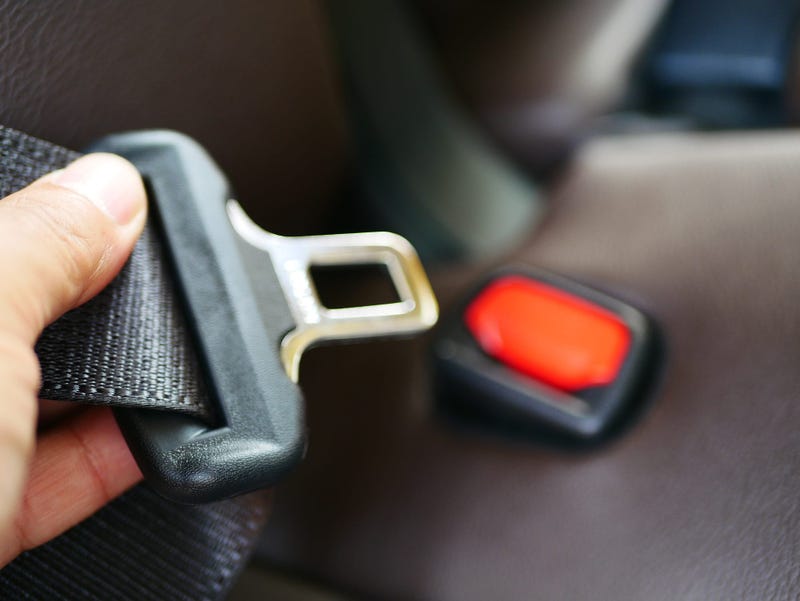 Over the last 15 years, the numbers in New Jersey have gone steadily up — 94 percent of drivers use a seat belt while driving, and that’s well above the national average, which falls just under 90 percent, according to Eric Heitmann, director of the New Jersey Division of Highway Traffic Safety.

But those statistics only apply to the front seat.

“We have only 39 percent of rear-seat passengers using their seat belts, and we’re looking for that to improve,” Heitmann said. “So that’s going to be our emphasis this year. Every position. Every trip.”

In the Garden State, however, a police officer can issue a ticket if you are not buckled up in the back, but only if the driver is pulled over for something else. It's only a secondary offense.

So for now, it’s an informational campaign and an appeal to common sense.

But be warned. You can still be pulled over — and ticketed $46 — for not buckling up in the front seat.