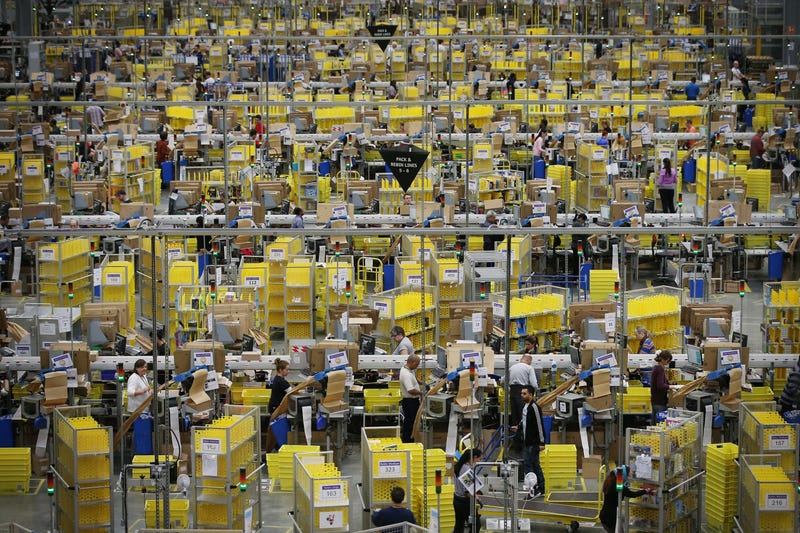 By Jackie Wattles, CNN Business
(CNN) -- Amazon wants to turn its famous two-day delivery into just one-day on most Prime orders. But can warehouse workers handle it?

The company's plan to spend $800 million this spring to speed up deliveries for Prime members has sparked a tense back-and-forth between an Amazon executive and the leader of a major workers' union.

Stuart Appelbaum, president of the Retail, Wholesale and Department Store Union, said speeding up deliveries could be dangerous for Amazon fulfillment center employees. Appelbaum said workers are already struggling to keep pace and handle 200 to 300 orders per hour during a single 12-hour shift.

RWDSU, which represents workers in brick-and-mortar grocery stores, has advocated for Amazon workers in the past and is trying to help them unionize in some parts of the country. Amazon warehouse workers in the United States aren't unionized. RWDSU also criticized Amazon's plan for a second headquarters in New York City. That plan was eventually scrapped.

"We appreciate his concern for our associates but his concern is misguided and self-serving," Clark said in a statement shared by Amazon.

An Amazon spokesperson told CNN Business that workers do "not struggle to maintain" their workloads, and their lives are not at stake. "We have a very safe work environment," the spokesperson said in an email.

It's unclear whether Amazon plans to add jobs at its fulfillment centers to help take on faster shipments. Executives have not specified how the $800 million investment in one-day shipping will be spent.

Clark said Amazon has spent two decades expanding its network of warehouses and shipping pipelines, making it possible for Amazon workers "to deliver orders faster and more efficiently — not by working harder but by working smarter."

Amazon was criticized last April after it revealed the median pay for employees was $28,446 in 2017. The company said in October that it would raise its minimum wage to $15 per hour.

The company has offered free two-day shipping to Prime members for more than a decade. it's a key perk that has helped draw in millions of subscribers and forced other online retailers to catch up. The company also offers a selection of items eligible for free one-day shipping, and it rolled out two-hour delivery in certain cities with its Prime Now service. Now, Amazon says it wants to make one-day the standard for all Prime members.