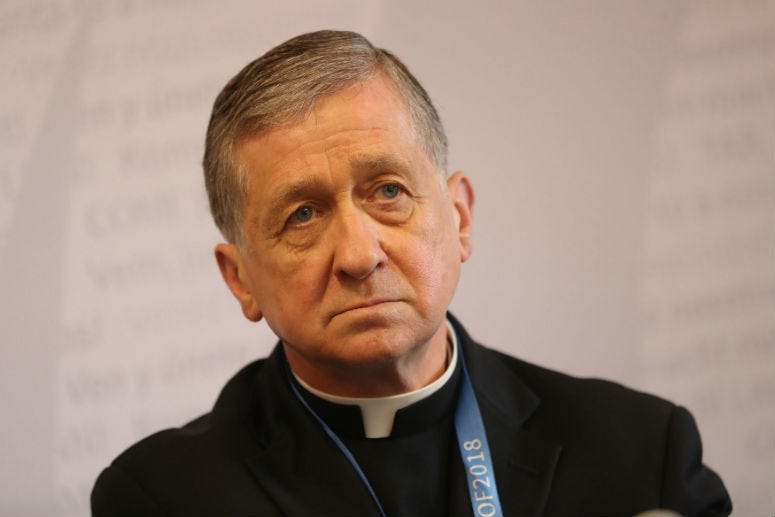 February 22, 2019 02/22/2019 7:40 pm
PHILADELPHIA (KYW Newsradio) —  Clergy abuse survivors, including Berks County Rep. Mark Rozzi, have flocked to Rome to demand accountability and transparency from church leaders. Pope Francis is in the midst of the first-ever worldwide summit with 200 bishops to address the topic. Meantime, one church leader proposes a new structure to ensure bishops' accountability.

With the pope listening attentively at his side, Chicago's Cardinal Blase Cupich laid out proposed guidelines for removing Catholic bishops who either abuse or do not properly manage abuse cases under their jurisdiction.

He describes it as a “metropolitan model” of accountability, in which metropolitan archbishops would investigate their colleagues in neighboring dioceses.

Rep. Rozzi, himself a victim of a predator priest when was 13-years-old, calls it "very powerful."

"Really, they have no choice right now. They have to make decisions like this that will hold themselves accountable," he added.

Up until now, that role has been largely ceremonial and symbolic. Under Cupich's proposal, they would be tasked with conducting the investigations with the help of lay experts. The metropolitan bishop would then forward the results to the Vatican.

During the summit, Rozzi joined an Italian lawmaker, as well as American and Italian victims of pedophile clergy at the Italian parliament.

In Rozzi's words, "make no mistake about it, what the Catholic Church, the Catholic Conference, the bishops, the cardinals, the Pope, what they are doing is blocking justice for all victims of sexual abuse. And, that is a crime. These victims deserve their day in court. Nothing will ever make this right. Nothing."

Rozzi has long pushed extending the statute of limitations for child sex abusers, adding, "let the chips fall where they may in the civil courts."

Rozzi and other survivors of clerical sexual abuse met with Callista Gingrich, the U.S. ambassador to the Holy See. She says the U.S. "support efforts to pursue justice and protect victims."