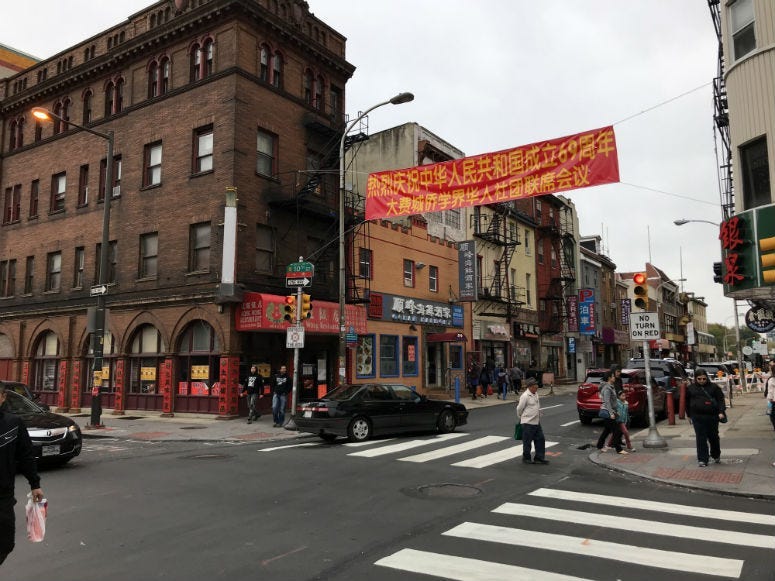 PHILADELPHIA (KYW Newsradio) — For about the 10th time since Brett Berdini was attacked by a mob of people in Chinatown and stabbed to death, his family sat through another day in court — this time, to hear three of the defendants waive their preliminary hearings.

Victor Yan, 26, has been charged with murder in the fatal stabbing of Berdini, who is from South Jersey.

Authorities say the 28-year-old and his girlfriend were walking near 10th and Race streets on Oct. 14, 2018, when a group of nearly a dozen people circled around them and attacked the pair, eventually surrounding Berdini.

Yan delivered the fatal blow, prosecutors say, but other defendants — Chanybol Chea and Samuel Sithisong — have been charged with third-degree murder and other related charges because they participated in the melee and struck the victims.

Chea is under house arrest, and Sithisong is still in prison on $500,000 bail.

At a hearing in April, detectives played surveillance and cellphone video of the attack. People in the courtroom heard the attackers laugh during the assault.

At that hearing, Homicide Supervisor Anthony Voci passionately countered that claim, telling the judge: “I want to call this group a pack of animals, but that would be disrespectful to animals.”

However, when Voci entered this hearing, Judge Karen Simmons asked he be removed from the courtroom, with no explanation. Voci left, and the waiver hearing continued.

A total of 11 people have been charged — two are juveniles and have admitted their guilt in the matter.

Due to scheduling conflicts between attorneys and the court, the hearings have been postponed or moved several times.  The victim’s family sat through each one, wearing big buttons adorned with Berdini’s smiling face.

Vyreck Oum, Monica Thon and Lena Huynh have also been charged with third-degree murder and aggravated assault.  Jose Leon was charged with assault and conspiracy.

The two other defendants, David Jeranimo and Dat Huyhn, had their hearings postponed until July.