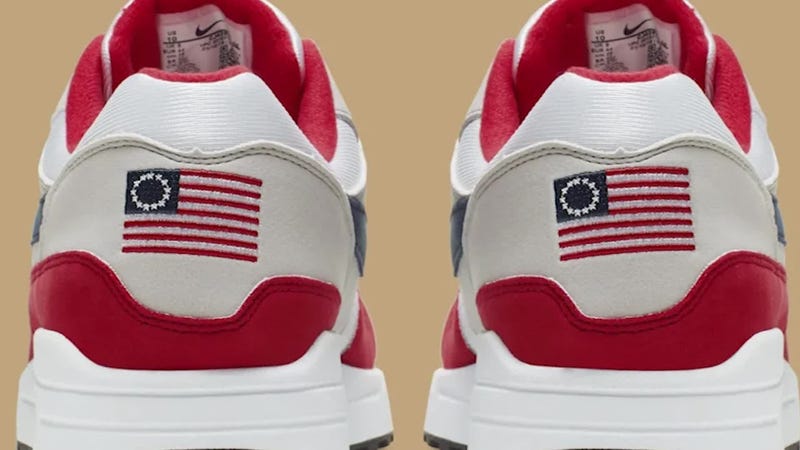 In a tweet on Thursday, the Republican governor welcomed Nike's plans for building a new $184 million manufacturing facility in Goodyear, Arizona, saying the company will bring more than 500 jobs to the state.

If you're feeling whiplash, that's because last week, Ducey ordered the Arizona Commerce Authority to withdraw all financial incentive dollars to Nike from the state to build a factory in the Phoenix suburb.

Ducey condemned Nike after the company said it would not release the Air Max 1 Quick Strike Fourth of July, "based on concerns that it could unintentionally offend and detract from the nation's patriotic holiday."

"Arizona's economy is doing just fine without Nike. We don't need to suck up to companies that consciously denigrate our nation's history," Ducey tweeted on July 2.

Instead of celebrating American history the week of our nation’s independence, Nike has apparently decided that Betsy Ross is unworthy, and has bowed to the current onslaught of political correctness and historical revisionism. 5/

His office did not immediately respond to a request for comment. The status of the incentives remains unclear.

Nike's decision reportedly came after NFL star and Nike endorser Colin Kaepernick complained about the 18th century flag's appearance on the sneaker. He said he and others found the "Betsy Ross" flag's symbolism offensive because of its ties to the country's era of slavery.

Last week, Nike defended its actions and said it would proceed with its factory. It reiterated its stance on Goodyear this week.

"The expansion of Air MI in Arizona helps us keep pace with the growing demand for Nike Air and also greatly increases the size of our U.S. manufacturing footprint. We want to thank the State and City of Goodyear for their partnership as we continue to accelerate our growth," said Eric Sprunk, Nike's chief operating officer, in a statement.

Nike entered into an agreement with the city of Goodyear in May.

The agreement included waiving $1 million in permit and review fees for Nike to build the manufacturing facility. The city of Goodyear also agreed it would reimburse Nike up to $1 million for the total 505 jobs company it ensured the plant would create. It is still unclear how much money from the incentive plan is under state jurisdiction.