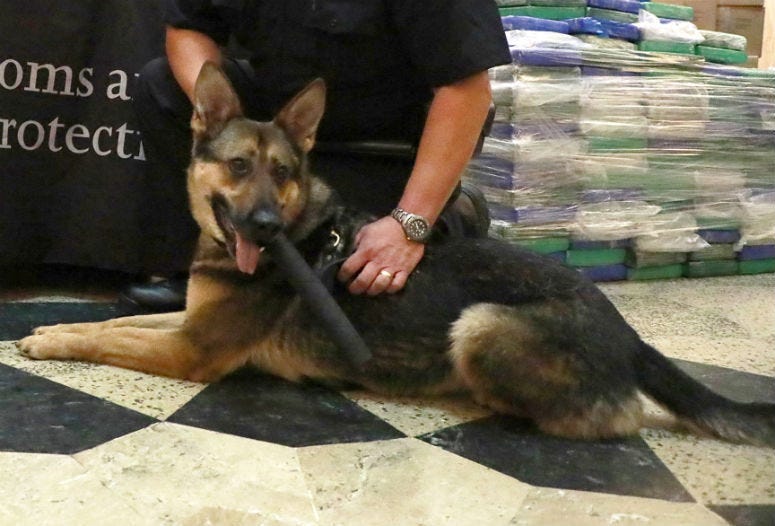 "Dasha continues to be one of our star players at the Customs and Border Protection Port of Philadelphia," Philadelphia CBP's Steve Sapp said of their 4-year-old German shepherd narcotics detector dog, who was going through the paces of a practice drill when she sniffed out mail on its way to Spain.

"We opened up the parcel and inside there was about 500 grams or a pound of marijuana. The marijuana has a street value about $800," he added.

The discovery coming from Dasha Sapp isn't a surprise, since she was a part of the team that discovered cocaine in shipping containers in June.

Sapp says it just proves that CBP officers and Dasha are committed to the work.

"I certainly wouldn't be carrying a bag of weed if I'm walking past Dasha. Marijuana still remains illegal federally, you cannot ship into or out of country," he said.