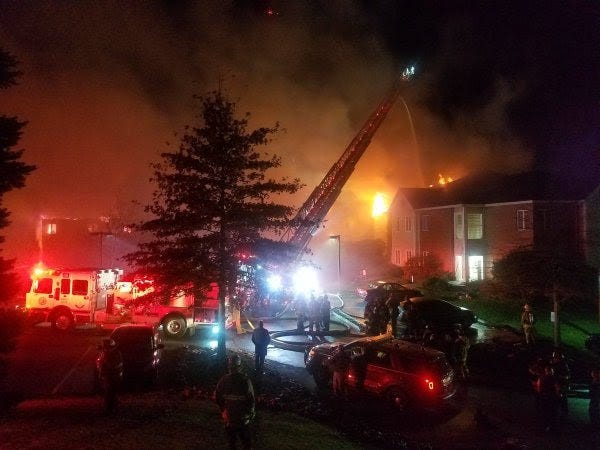 January 31, 2019 01/31/2019 10:22 pm
PHILADELPHIA (KYW Newsradio) — According to federal investigators, the main sprinkler was "found in the off position" at a West Chester assisted living complex, where a devastating fire ripped through the building in 2017, killing four elderly residents.

The Bureau of Alcohol, Tobacco, Firearms and Explosives Philadelphia Field Division released a final report Thursday concluding the origin of the flames.

Donald Robinson, the ATF special agent in charge of the Philadelphia Field Division, said they were unable to determine definitively when the valve was turned off at the Barclay Friends senior living community.

"At the time of the first person to get into that sprinkler room, as soon as they could get in safely, that valve was in the off position," he added.

After more than 300 interviews, a systematic fire scene examination and re-creation, the review of witness photos, videos and observations, as well as extensive scientific testing, the ATF Fire Research Lab in Beltsville, Maryland, determined the cause of the fire has been ruled "undetermined."

At this time, investigators say there is no indication that the fire was intentionally set.

Philadelphia lawyer Robert Mongeluzzi's firm represented the family of one of the four victims, Theresa Malloy. He said she died "alone, and terrified," in her second-floor room, just above the covered patio. Mongeluzzi believes a careless discarded cigarette thrown away on the patio started it.

He points out that the family has privately settled its lawsuit against the complex, the details of which are confidential. But Mongeluzzi is pursuing a lawsuit against Johnson Controls.

"Here, the system was designed with a tamper switch, which should have alarmed to notify the user that the water to the system was turned off. That did not work," he said.

Mongeluzzi said the company was responsible to make sure that the system was maintained and in good working order.

Based on the scene examination and witness statements, the ATF said the area of origin of the fire was determined to have been in the rear garden room — located on the outdoor patio.

Due to the excessive winds the night of Nov. 16, 2017, the flammability of the vinyl siding on the building — and the lack of exterior sprinklers, which are not currently required by code — investigators say the fire was able to intensify and spread rapidly to the roof and other parts of the building.