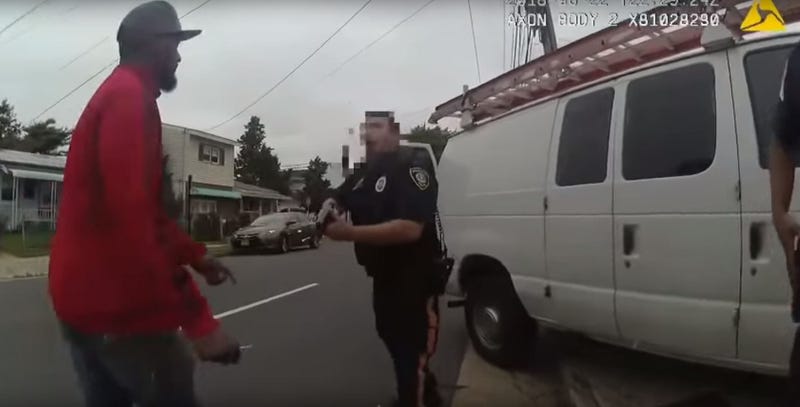 April 23, 2019 04/23/2019 5:25 pm
ATLANTIC CITY, N.J. (KYW Newsradio) — The Atlantic County prosecutor's office has ruled that an Atlantic City police officer was justified in using deadly force after a man stabbed the officer with a knife during an unprovoked attack.

The prosecutor's office says the incident happened June 22, 2018, during an investigation of a hit-and-run traffic accident along the 600 block of Kentucky Avenue in Atlantic City.

Investigators say 32-year-old Timothy Deal of Atlantic City, who had nothing to do with the accident, approached one of the officers and pulled a knife and stabbed him as the officer pulled his weapon and fired.

Body camera video recovered from the stabbed officer and another officer nearby captured what happened.

Two knives were recovered at the scene, including the bloody knife used to stab the officer.

The attorney general's office concurred with the prosecutor's ruling.

The name of the officer who was stabbed and who fired the fatal shots was not released.