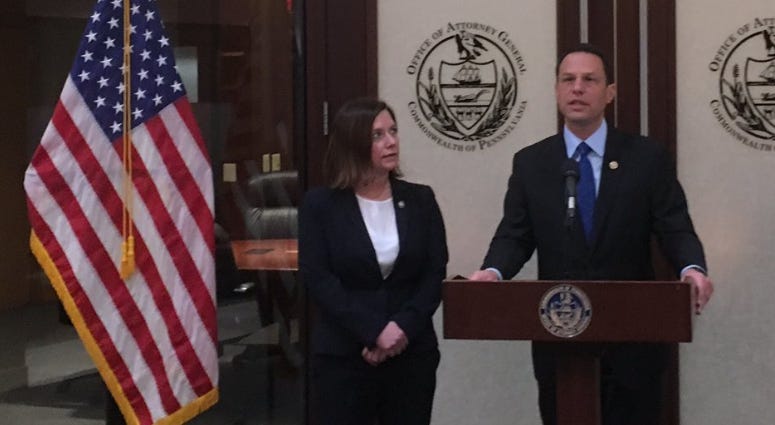 May 14, 2019 05/14/2019 8:29 pm
PHILADELPHIA (KYW Newsradio) — Referring to Pennsylvania as a state hit the hardest by opioid addiction, Attorney General Josh Shapiro announced Tuesday he is filing a lawsuit against the creator of prescription painkiller OxyContin.

While it's not the first lawsuit, Shapiro said this one is the most wide-ranging, specifically detailing how Purdue Pharma's sprawling sales force stormed doctors' offices and pharmacies, making more than 500,000 visits since 2007.

The complaint alleges Purdue Pharma "took advantage of addiction to make money." Shapiro contends the company misinformed doctors about the addictive nature of OxyContin. All the while, Purdue made more than $35 billion in revenue.

Purdue sales staff downplayed the danger of addiction while pressuring doctors to commit to prescribing more opioids.Their relentless campaign of disinformation propelled the opioid crisis to the public health emergency it is today.

.@PAAttorneyGen accuses @purduepharma, the creator of OxyContin, of providing the “jet fuel” for opioid addictions and deaths across the Commonwealth. pic.twitter.com/qU4gQAMTFc

The lawsuit is backed by statistics noting Pennsylvania has one of the highest opioid use and overdose rates in the country. More than 12 people die from a drug overdose every day in the commonwealth.

Opioid makers and distributors are facing increasing legal and financial consequences. Several municipalities and states are suing individually, contending that the companies ignored warning signs that people were taking opioids for reasons other than their intended use.

More than 1,600 separate cases have been consolidated by a federal judge in Cleveland.

Purdue Pharma recently agreed to pay the state of Oklahoma $270 million rather than face trial on charges of misleading marketing practices and misrepresentation regarding its main product.