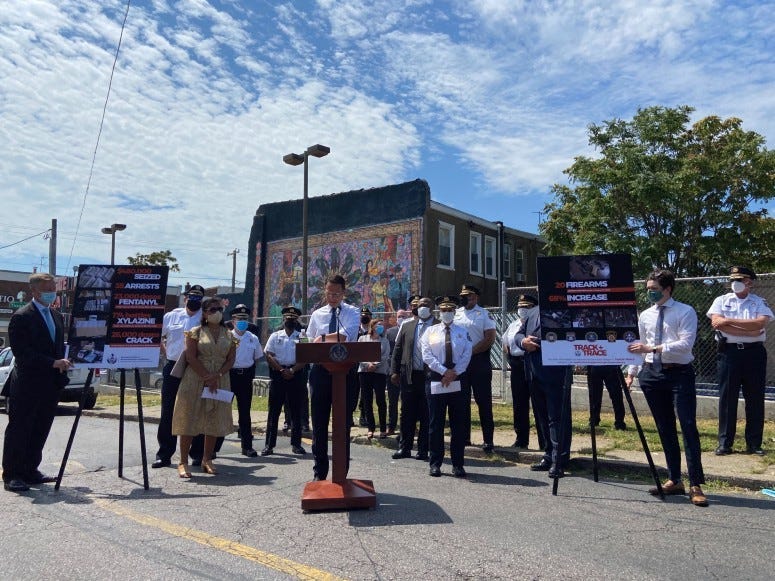 As well as a “massive network” of fentanyl and Xylazine, which is a horse tranquilizer.

Ten of those arrested are being held on more than $2 million bail, and eight others on $1 million bail.

“Consistent, fair and effective prosecution must remain paramount to ensure that individuals don’t revictimize communities or become victims themselves. There has to be accountability,” said Police Commissioner Danielle Outlaw.

Two shootings earlier this month have been linked to this particular operation, police say — one along Lippincott Street and Kensington Avenue which, and the other on Third Street and Girard Avenue.

Authorities say they got intel on five other shootings and were able to stop those from happening.