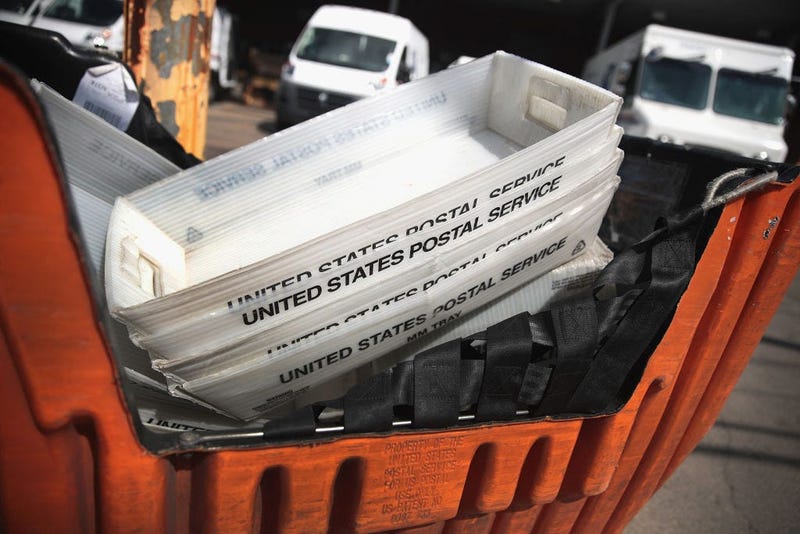 September 12, 2019 09/12/2019 5:47 pm
PHILADELPHIA (KYW Newsradio) — The United States Postal Service and Philadelphia Police Department are working together to find out who stole an SUV loaded with hundreds of pieces of undelivered mail on Tuesday — and then dumped the mail on the side of the road.

U.S. Postal Inspector Alex Sylvester says the mail that never made it to its destination came from Philadelphia's main post office.

"It was picked up by the independent mailing service and loaded into a private vehicle," Sylvester said. "After that, the private vehicle was stolen."

Sylvester says the men who took the SUV drove it to the 4400 block of N. 6th Street in the Hunting Park section of the city, not far from Roosevelt Boulevard.

He described surveillance video of two people discarding the mail on the side of the road. In all, the men dumped more than two-dozen boxes of mail next to a trash can.

Sylvester says that mail is now part of their investigation.

"All the people involved will be notified, and the property will eventually be returned," he said.

It is not known if the stolen vehicle has been found.

Sylvester added that, when caught, the thieves will face numerous charges, but since the mail was turned over to an independent contractor, it was no longer federal property.