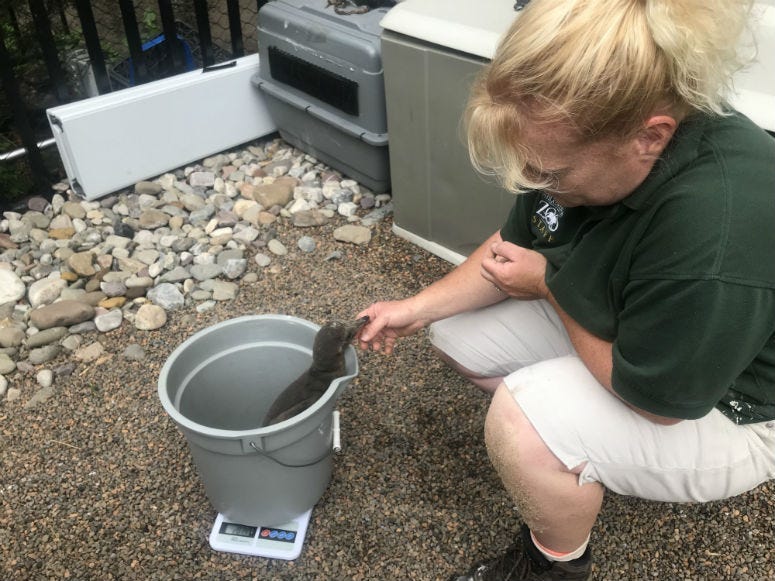 PHILADELPHIA (KYW Newsradio) — Three new adorable penguin chicks hatched at the Philadelphia Zoo are not only attracting attention - they're helping to get the word out about the importance of conservation and keeping animals in the wild from becoming extinct.

"We named our penguin chicks after some Phillies players this year," said Amy Iviens, who cares for the penguins.

She weighs the birds every day.

The chicks were hatched at the zoo in April and May. It's not known yet if they are male or female.

"In just a few weeks they will be fully grown, same size as their parents and will be out joining the rest of the group," Iviens explained.

The chicks are ambassadors of sorts.

Meet Realmuto. He is one of 3 baby Humboldt penguins hatched @phillyzoo Doing Radio & TV today Watch at 5:50PM on #CBS3 @CBSPhilly . And listen on @KYWNewsradio pic.twitter.com/tmM25oCxci

Humboldt penguins are considered threatened in the wild, and the zoo says reducing plastic use can help save lives of animals in the wild.

6-year-old Alex Lynch of West Deptford knows what to do with to do with his empty plastic bottles.

"So there is a lot of plastic just floating in the ocean and it becomes a danger for penguins. A lot of animals will swallow it and it's threatening to them. So if we can reduce all of that plastic in the ocean it will be fantastic, not only for penguins but for other marine wildlife," Iviens said.