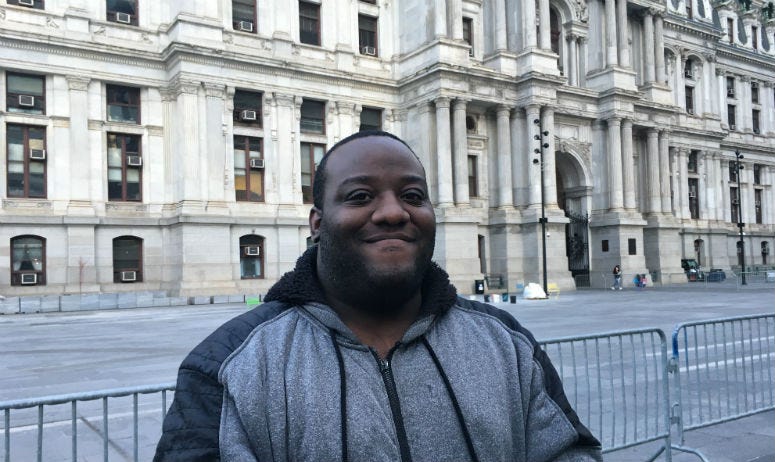 March 22, 2019 03/22/2019 9:45 pm
PHILADELPHIA (KYW Newsradio) — A candidate for Philadelphia City Council-at-large collapsed in election court, Friday morning, just as a judge was preparing to hear his challenge to 30 of his 33 opponents on the May primary ballot.

Devon Cade had said he used "artificial intelligence" to determine that signatures on all but three of his opponents' petitions were suspect, but he dropped to the floor and was taken away by ambulance before he could argue his case.

Cade could not be reached Friday and Hahnemann Hospital did not respond to requests for word on his condition but Judge Stella Tsai clearly expects a full recovery. She rescheduled the hearing for Monday.

Singletary defended himself saying the state constitution may prohibit a felon from serving but not from running.

"Who's to say if I win, I don't get a pardon," Singletary said, adding the citizens of Philadelphia should decide the matter. "If people vote Willie for Philly then that's their choice and it's my right to run for this office."

The judge took the matter under advisement.

Register of Wills Ron Donatucci withstood a challenge to the signatures on his nominating petition. Councilman Curtis Jones got one of his opponents removed in a signature challenge. Councilwoman Cindy Bass presented her case for removing one of her opponents (a decision is expected next week), while the other one dropped out of the race on his own. Taras Smerechanskyy dropped out of the District 10 democratic primary and withdrew his challenge to the remaining candidate, Judy Moore, guaranteeing Moore a shot at unseating 10-term Republican Brian O'Neill in the fall.

Candidate David Conroy dropped out of the council-at-large race after drawing #26 in the ballot position lottery, Wednesday. He had also filed to run for judge and drew a better position in that race.

More hearings are scheduled for next week. Council President Darrell Clarke's challenge to his opponent, Sheila Armstrong, is on the docket for Monday. She has challenged him back but the status of her challenge is still up in the air because she was unable to serve her challenge to the Board of Elections before the deadline.

Challenges to First District Councilman Mark Squilla and to former Lt. Gov. Mike Stack are scheduled for later in the week.