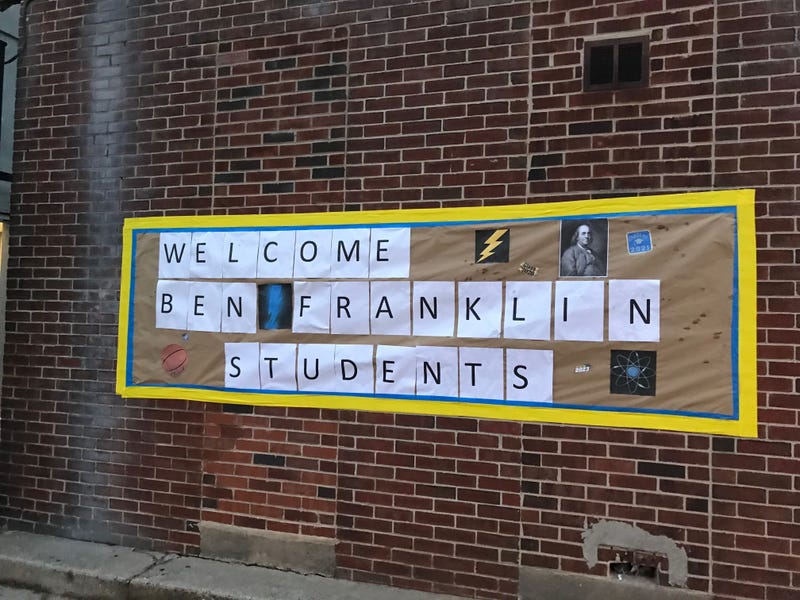 As students entered their temporary classroom space at the former Khepera Charter School, located on Sedgley Avenue in North Philadelphia, a few students said they are not thrilled about their new location.

"I don’t know nothing about this building and I want to go back to my school building," said freshman Tanya Kesh.

School District of Philadelphia spokeswoman Meghan Lello said almost 390 students will utilize the Khepera building. Some have been given SEPTA TransPasses so they can take the Broad Street Line to school, or they can take one of eight shuttle buses that pick up and drop off students at Ben Franklin High.

Lello said Science Leadership Academy, which shares the school building at Broad and Spring Garden streets with Ben Franklin High, is operating mostly out of the school district building. Some classes will be located at nearby Congregation Rodeph Shalom, but that will be phased in gradually by next week.

Asbestos construction will continue through the end of December.