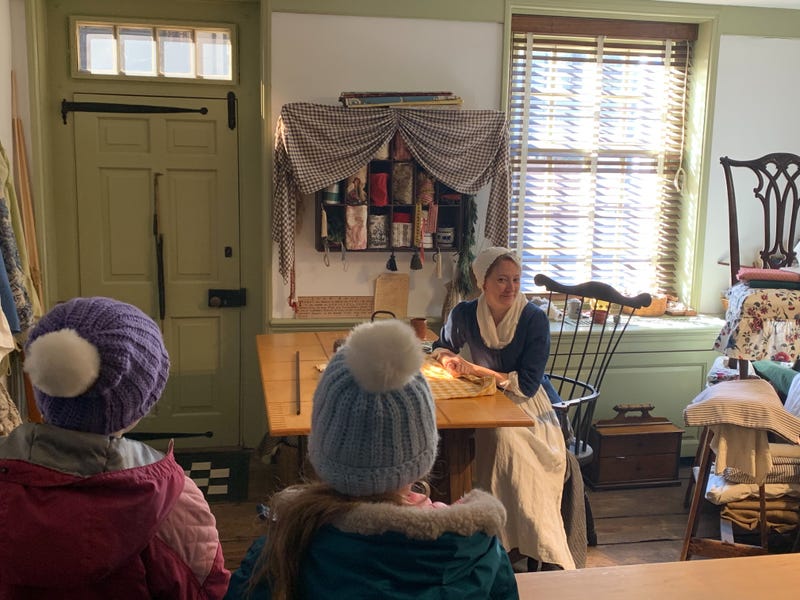 March 1, 2020 03/01/2020 9:46 pm
PHILADELPHIA (KYW Newsradio) — March is Women's History Month, and the Betsy Ross House is using it as a chance to highlight well known, as well as lesser known contributions of women in America's infancy.

Chances are, you've heard of Betsy Ross, before. She is known as the architect of the American flag, after all.

But during Women's History Month, the Betsy Ross House in Old City is highlighting other trailblazing women of Ross' era, like chocolate maker Mary Crathorne. Crathorne portrayer Meredith LaBoon said women of that day could not own businesses unless they were widows, and while it's a lot different today, young girls and women can learn from their perils.

"Move past a difficult situation, and turn it into a positive and be able to really flourish afterwards, by moving forward," she advised.

The Women of the Betsy Ross House meet and greet Sunday gave visitors a chance to interact with six different women from the 18th century, all with uniquely different stories.

"We're bringing in all our first-person female interpreters," said Betsy Ross House director Lisa Acker Moulder, "so it's a really great way to interact with women from history."

Moulder called those historic women entrepreneurs, landlords, and innovators. "They are the stories of bravery and courage, and perserverance," she said.

Jennifer Gray, who portrays Ross, said she wanted people to know women of that age were not always pigeonholed into what they could do, and that young girls, today, should explore their talents.

She added the event and the month were good times to tell people about parts of history they may otherwise not have known. "It is a marvelous opportunity to teach, to educate, in different facets," said Gray.