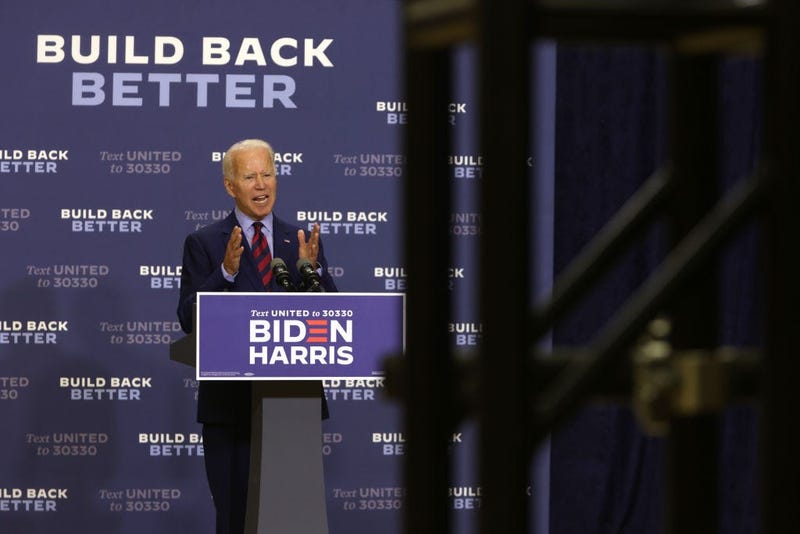 “When my son volunteered and went to Iraq for a year and won a Bronze Star and other commendations, he wasn’t a sucker,” said Biden.

He also lambasted the president on the economic recovery, saying while he was grateful for the jobs restored in August, the U.S. is still way behind the rest of the world.

“Our unemployment rate is still more than double while other nations have only gone up by half. Why? Because the president has botched the COVID response, botched it badly,” he said.

Biden also took on Trump’s advice to his voters to vote twice and his embrace of the bizarre conspiracy theories promoted by QAnon.

“Look at how it makes us look around the world. It’s mortifying and it’s dangerous. If the president doesn’t know better, which he has to or my Lord we’re in more trouble than I ever thought we were,” he said.

Biden was back in Wilmington after visiting the family of Jacob Blake, the Black man shot by police in Kenosha, Wisconsin.