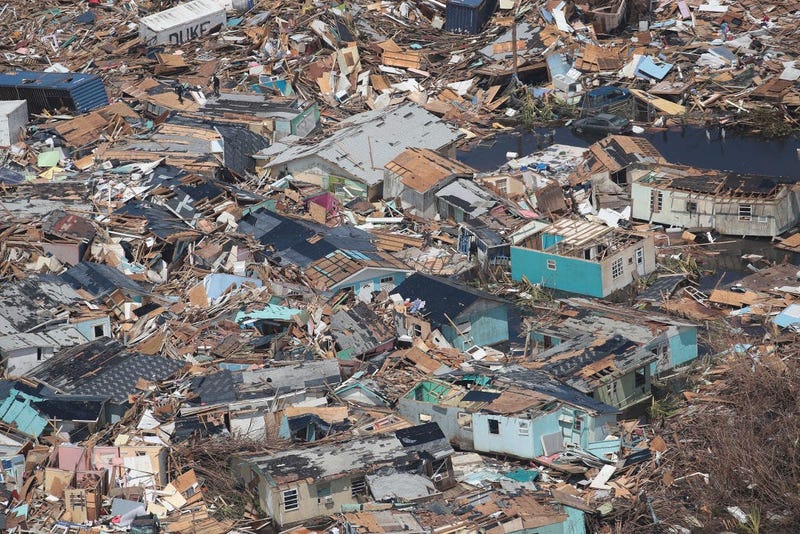 September 4, 2019 09/04/2019 9:48 pm
PHILADELPHIA (KYW Newsradio) — With the Bahamas facing a humanitarian crisis after being battered by Hurricane Dorian, Philly's Caribbean community is pitching in to help thanks to a Bucks County man leading the relief effort.

Remy Duncombe is devastated as almost all of his family lives in the Bahamas and many of them are still missing.

He says after those on the island were battered by 48 hours of Dorian, "It's becoming chaotic."

He's hopped into action, using his phone and social media to organize relief and do everything he can to help Bahamians from his Bucks County home.

The Caribbean Community in Philadelphia is one of the many organizations that have already stepped up, and they're accepting items such as diapers, baby formula, toiletries and mosquito repellent.

"The surge came so high, the water damage is so great that when that water starts coming so high now you have a mosquito problem," Duncombe said.

Donations can be dropped off at the group's 1315 Walnut Street location, as well as to CultureTrust.

Duncombe says because many on the island have lost everything, any help will have an impact.

"Don't think you can't contribute because you're not well off or you don't have any powerful resources," he added.