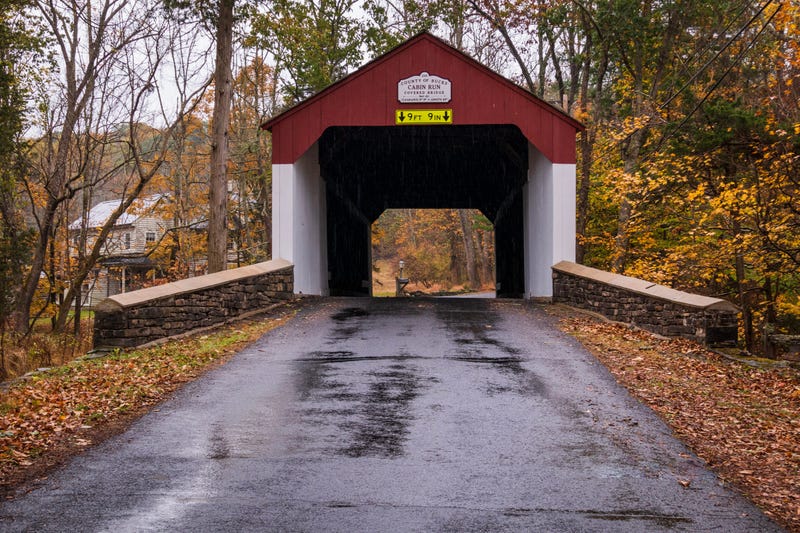 The organization was established in 2007 after an arson in 2004 almost destroyed the 1874 Mood’s Covered Bridge in East Rock Hill Township. There was a public outcry to rebuild the historic structure.

“After PennDOT agreed to build the bridge, people in the area thought somebody has got to look after these bridges, develop interest in these bridges, so that’s how our organization got started,” said William Wilson, chairman and founding member of the organization.

The mission is to preserve, protect and protect the 13 covered bridges in Bucks County.

“The covered bridges are, of course, built of wood because in Pennsylvania wood was a readily available material,” Wilson explained. “The reason they were covered is to protect the supporting members — it’s called the trust system. It is what carries the load of the bridge.”

Young adults are encouraged to get involved with the society. The group is leading fundraising efforts for things like security systems and maintenance of the bridges.

“We worked with DelVal University with their history department and they created a short film on the covered bridges of Bucks County just to have information more available,” he added.

Recently, members of the society participated in a celebration of the restoration of the Pine Valley Covered Bridge in New Britain Borough.

It reopened to vehicles on Sept. 3, thanks to a $ 2.5 million restoration project.