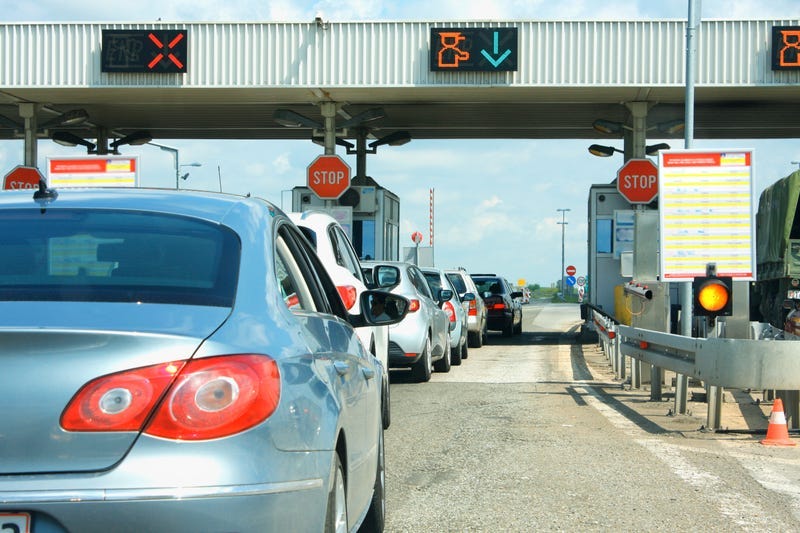 The D.A. says four of the five were arraigned in Bucks County on a felony theft charge last week, and all but one were hit with an additional charge according to Assistant D.A. Brittney Kern, who spoke with CBS 3 Eyewitness News.

"Some of the individuals we’ve been investigating don’t have a license or have suspended licenses during some or all of the time they’re accused of these violations," Kern said.

Combined, the five have more than 1,700 violations. The three biggest offenders are 37-year-old Jonathan Quinty of East Greenville, who owes more than $22,000; 26-year-old Rachel Andershonis of Bensalem, who owes just under $20,000; and 48-year-old Robert Mansfield of Philadelphia, who owes more than $16,500. Bucks County residents Antonio Green Jr. and Thomas Macrina both owe about $4,000 each.

The Turnpike Commission says the most commonly ignored toll is the Neshaminy Falls Mainline Toll Plaza, just a few minutes east of Route 1 in Bensalem. Authorities say toll cheats mostly use the E-ZPass Lanes, but every car that goes through using one of those lanes has a picture taken of the back and front of the car, which includes the person driving it.