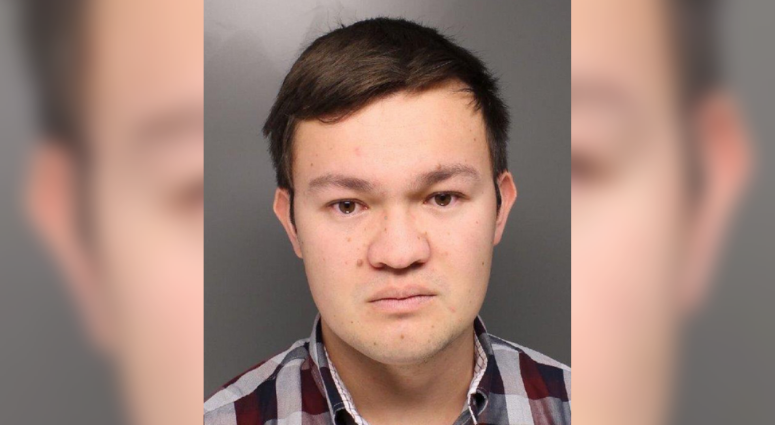 January 3, 2020 01/03/2020 4:48 pm
NORRISTOWN, Pa. (KYW Newsradio) — A former Bucks County teacher has been charged for allegedly taking photos up the skirts of female students in his classroom, then sharing them online.

The investigation into 26-year-old Francis Reppert began in October, after a student at Palisades High School in Kintnersville received a Snapchat message from another student, telling her it looked like their math teacher was taking photos of her under the desk.

The girl was wearing a skirt, facing Reppert. The criminal complaint says the other student captured video of Reppert holding his school-issued iPad under the desk and apparently zooming in on her legs.

The teens reported it to district officials, who called in Pennsylvania State Police.

“We were able to execute search warrants on a number of his devices,” said prosecutor Matthew Lannetti, “and found a number of photographs that he had taken under the table of female students.”

Lannetti said they also found images Reppert had posted online of himself.

“One of those photos was a photo of him naked in front of his classroom in front of the whiteboard,” he said.

Reppert, who taught math and coached boys and girls tennis, was suspended in October and fired in December.

Under Pennsylvania criminal statutes, indecent exposure — the charge for the photo he is accused of taking of himself — is a more serious crime than invasion of privacy, the charges for the alleged upskirt photos of students. The invasion of privacy charges each carry a max of one to two years in jail, while the sentence for indecent exposure could be more than twice as long.

Lannetti said it's unfortunate that the statute doesn’t really take into account all the aspects of the allegations.

“Especially when minors are involved like this, it certainly does seem like the statute hasn’t caught up to the technology yet,” he noted, but he said they’ll do what they can with the tools they’re given by the state Legislature.

Reppert is the second teacher from Palisades High who is charged with inappropriate conduct. Christian Willman was arrested in May 2019 for sexting and sexually assaulting students. He has a court appearance scheduled for next week.

“For someone in a position of trust like this — a teacher — to not only violate the trust by taking these photos but by taking them when these children didn’t even know they were being taken is obviously disconcerting,” Lannetti added.

Palisades School District Superintendent Bridget O’Connell said she is upset, frustrated and angered by the alleged inappropriate actions of both teachers.

She echoed Lannetti, saying school personnel are held to a higher standard, and when that trust is violated, everyone in the community feels the effects. She said they will continue to look at how they can strengthen background checks to screen potential employees.

If convicted, Reppert would also have to register as a sex offender.