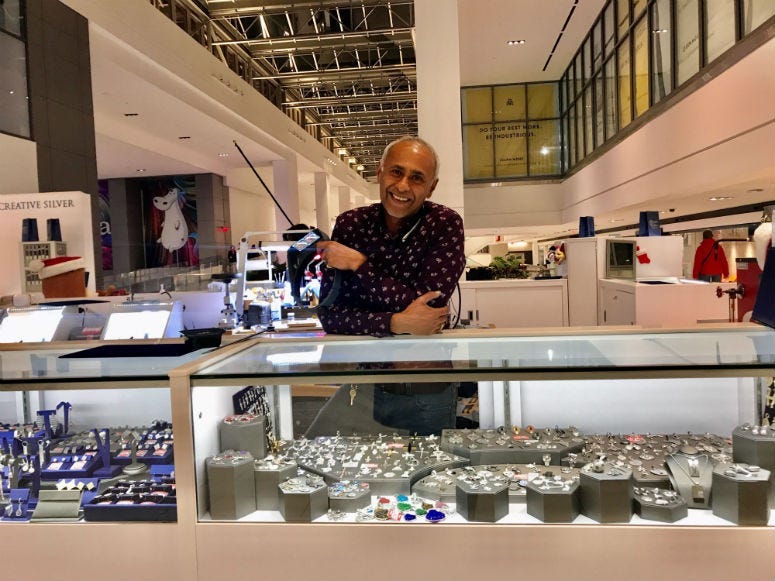 November 30, 2019 11/30/2019 2:38 am
PHILADELPHIA (KYW Newsradio) — After Black Friday comes Small Business Saturday, a national event in which people are encouraged to shop small at independent businesses to support their local communities. Small business owners in Philly's Fashion District in Center City are getting ready for the day.

George Thomas, the owner of  jewelry kiosk Creative Silver, said he's been in the mall for 30 years from when it was called the Gallery.

"I'm putting items on sale just for tomorrow. I'm trying to make everything down to 50% off," he said.

He's hoping people come into the District on Saturday to support small businesses like his, which he says also benefits the city.

City leaders say every $100 spent at an independent business brings $68 back into the local economy.

Other small businesses in the Fashion District, like the Sable Collective and Dolly's Boutique, say they're also trying to get in on the holiday spending.

"Some of our items will be on sale, we will have a DJ, some refreshments, some of our makers that are in the shop will be here so you can speak with them about some of the items we have," said the Sable Collective's Jai Monee.