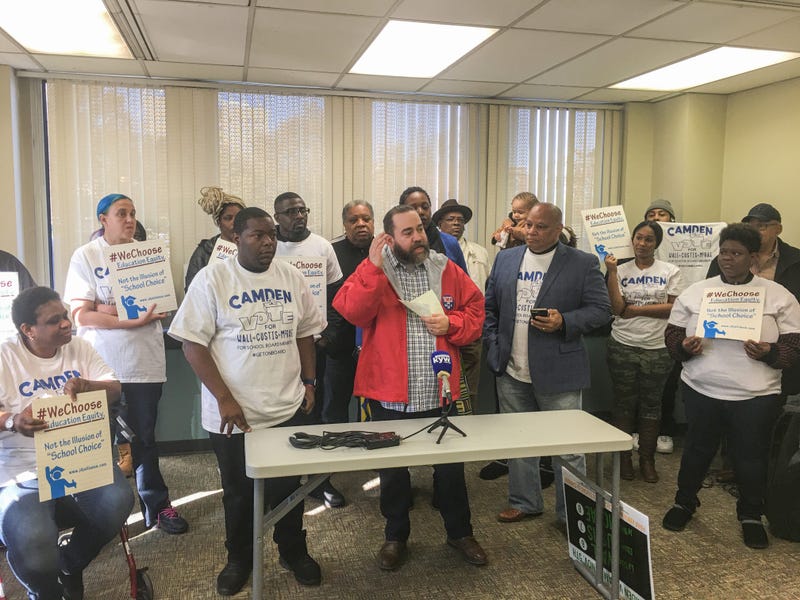 November 6, 2019 11/06/2019 7:40 pm
CAMDEN, N.J. (KYW Newsradio) — Community activists are escalating their call to return control of Camden’s public schools to the city — just one day after three people were elected to the city’s school board.

One of those elected officials stems from the Camden We Choose coalition, a “community collaborative of grassroots organizations, business, unions and teachers.” Elton Custis tried to get a seat 10 years ago. He credits the coalition’s efforts with getting him over the top this time.

The other six seats, once appointed by the mayor, will be filled over the next two years. The board serves in an advisory role, given that the state has called the shots since 2013. But this group wants those days to come to an end.

“The Camden We Choose coalition demands the full return of local control of the Camden City School District to the people of Camden,” group leader Ronsha Dickserson said.

They also want a moratorium on new renaissance schools and full funding for traditional community schools. These leaders concede this is a battle that will take years to complete, given political forces in the city, but this election is a start.

Nyemah Gillespie received the most votes overall. She’s a dance school owner who, while not a member of Camden We Choose, supports its overall goal. However, she said there’s a lot more work to do.

“It goes as far as property taxes and that kind of thing for us to really be able to afford control,” she said.

The return of local control requires state approval and centers on five key areas of management improvement. Newark, Paterson and Jersey City are phasing in such a return.

A spokesman for the New Jersey Department of Education said, at this point, Camden has not met any of the requirements. The New Jersey Quality Single Accountability Continuum says it must meet benchmarks in governance, fiscal management, operations, personnel, and instruction and program.