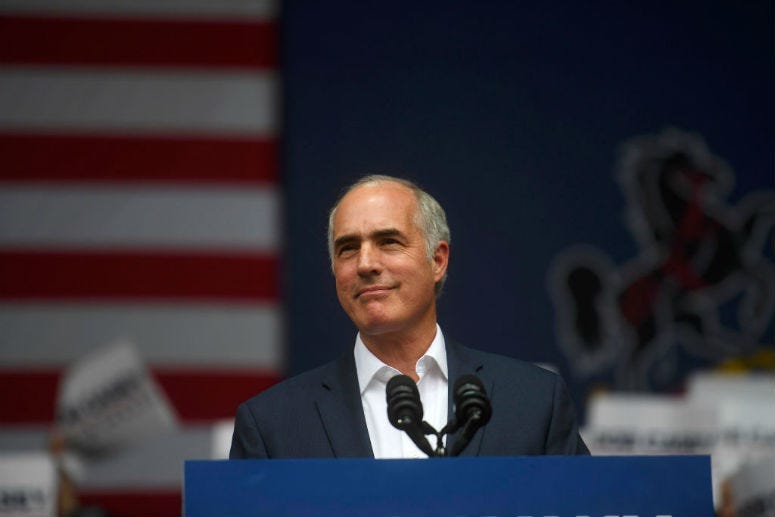 October 29, 2019 10/29/2019 9:01 pm
PHILADELPHIA (KYW Newsradio) — As millions of Americans get ready to enroll in the 2020 Affordable Care Act exchange, a Pennsylvania lawmaker is warning people to watch out for shady operators offering cheaper plans with little coverage as they shop for plans online.

Casey released a report that found consumers are bombarded by paid advertisements for "junk plans," some of which fail to provide coverage for pre-existing conditions.

"These advertisements have been shown to direct people into health coverage, often called 'junk plans,' that fail to meet the basic protections of the ACA, including failing to provide coverage to people with pre-existing conditions or protect those who become ill or injured from catastrophic out-of-pocket expenses," the report said.

"Under the prior administration, the limit to these junk plans was three months. Now in some places in the country, they're gonna be allowed to be in place for three years," Casey said.

Earlier this month, Trump announced that next year, Americans will have more insurance choices as 20 more insurers participate, and premiums will be a little cheaper.

Casey added the ads are misleading and confusing.

He is also warning people to watch out for where they click. For example, there's a commercial website with the address Healthcare.org, which is very similar to the government's address, Healthcare.gov.

Casey said this is one of several attempts by President Trump and congressional Republicans to undermine or do away with Obamacare.

"They've been at this since day one. Sabotage, lawsuit, and now they want to cut Medicare and Medicaid by trillions of dollars over 10 years. So that's what they've been about and the only attitude I'm gonna take of this is to stop them and defeat them," he said.  Casey is calling on the administration to reinstate the three-month limit on junk plans.

"Put an end to these deceptive, pernicious practices, and work with Democrats in a bipartisan fashion and expand access to comprehensive health insurance," he said.