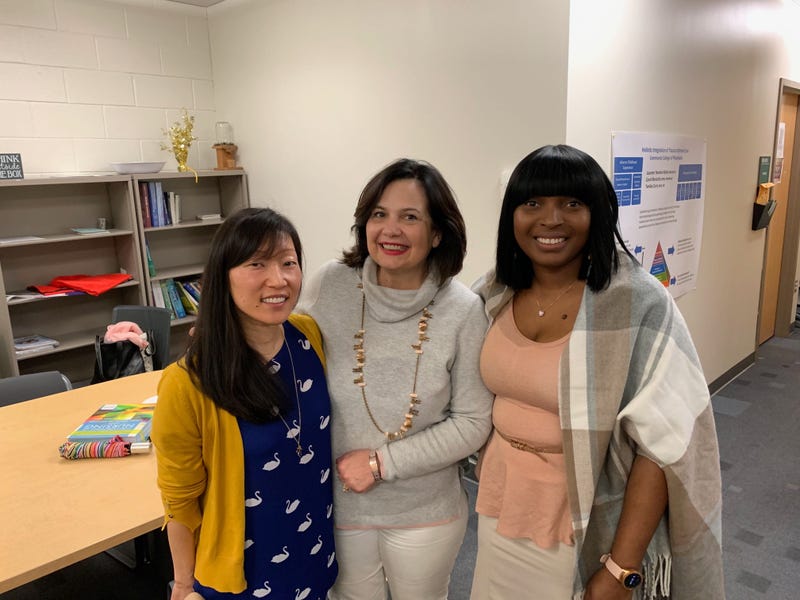 February 10, 2020 02/10/2020 9:30 am
PHILADELPHIA (KYW Newsradio) — Nursing students at Community College of Philadelphia are facing the city's opioid crisis head-on, as an element of their studies.

The students are spending time at ground zero of Philadelphia's opioid crisis, as part of a six-week community rotation. CCP's Independence Foundation Chair in nursing, Laureen Tavolaro-Ryley, helped to establish the program a year ago.

According to second-year nursing student Nadia Lighty, they also just talk one-on-one with people struggling with addiction. "We were never talking about his substance abuse. We just were talking about him as a person," she said.

Student Kelley Satterfield says the experience has taught her that people are much more than their diagnosis. "Seeing the community there has really opened my heart, my mind, my eyes to connecting with people at a human level," she shared.

Tavolaro-Ryley said this can build trust and maybe nudge people toward treatment.

"If you call somebody by name and not just by what their diagnosis is, that is really key," she said. "And that's really the hallmark of what nursing is."

About 150 students have been through the program, spending anywhere from one day to several weeks at the storefront.