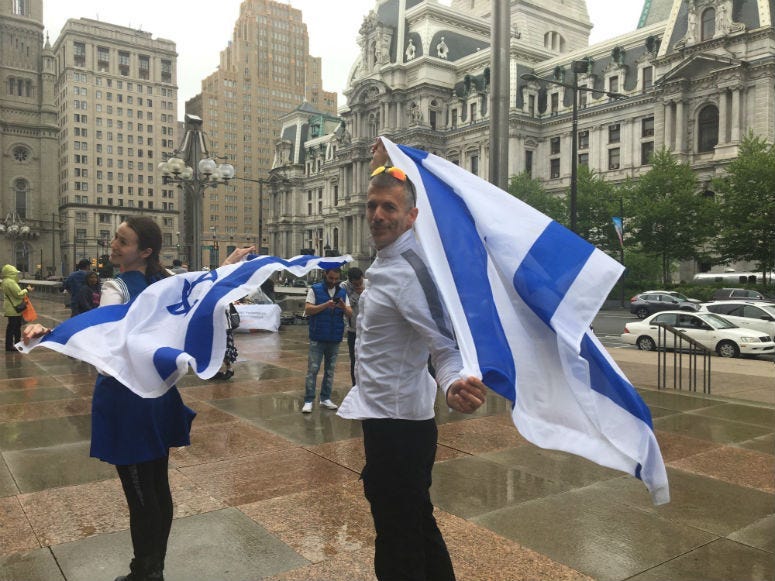 "This morning, the City Council passed a resolution in support of Israel, and now we're here under the Israeli flag celebrating, giving out some Israeli treats," she said.

Michael Mary was one of the people who came to the event.

"I'm very proud of my country. My parents are still there, my friends. You know, I'm here in Philadelphia but my heart is in Israel," he said.

As did Sharona Durry, who says she'll continue celebrating throughout the day.

"Some friends invited me for a barbecue tonight," she said.

She says nothing makes her more nostalgic for Israel and the culture than Israeli food.

"While I'm here, I want to congratulate Zahav which was chosen (by the James Beard Awards this month) as the best restaurant in the United States. And so Kol Hakavod Solomonov! (Great job chef Solomonov)," she added.