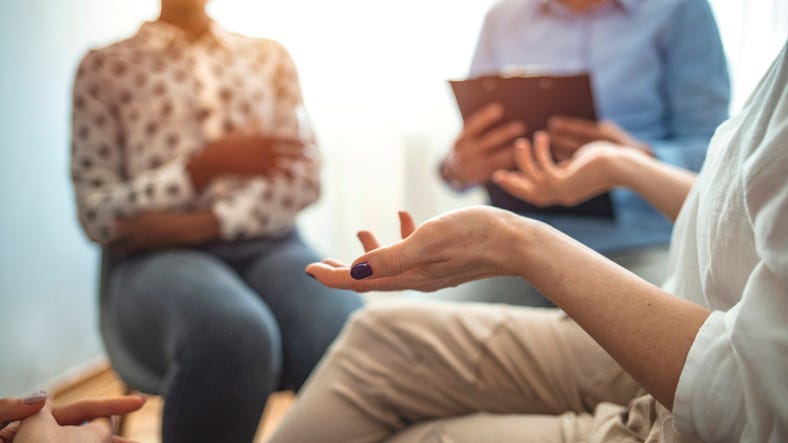 MOORESTOWN, N.J. (KYW Newsradio) — A 50 and older LGBT support group in Cherry Hill is continuing to build relationships during the pandemic.

The group Aging with Pride was formed more than two years ago and is the first of its kind in South Jersey.

Members meet once a month and check in on each other, share experiences, and discuss issues like social isolation, which can be difficult for seniors, especially now during the pandemic.

Don Levitsky of Cherry Hill has been a member close to two years.

"We call people that may be self isolating just to see how they are, but also it's nice to see everybody on the Zoom. Calm washes over you,” the 65-year-old said.

That's the vibe Reva Farenback-Brateman had in mind when she formed the free support group.

Being active in many other community organizations, Farenback-Brateman saw there was a need to reach out to the older LGBT community.

“Many seniors are alone, they don't go to bars anymore, some don't drive as much as they used to and it's hard to make connections,” she explained.

When the pandemic hit, Farenback-Brateman thought members would drop out. But now, she's seen more people join the group of 50, and each week, someone new is sitting in one of the group’s Zoom chats.

"In a sense, being on Zoom allows people who live a little further away to participate. We look forward to expanding to more people,” she added.

Bert Hubbard of Voorhees was one of the first members to join the group with his husband Christopher.

When his husband died, Hubbard said the group was like a lifeline.

The 93-year-old finds the support group is still an enriching experience in this much needed time during the pandemic.

"At my age you don't expect to be making many more friends. It's nice to have that support,” he said.

Giving support to each other is something the group has mastered, added Don Levitsky.

"It's a community where you meet people of your same age and you have the same remembrances and you've gone through the same things and we fought for AIDS, so it's just like a home,” Levitsky said.

Anyone can join the group, which meets every second Friday of each month, now on zoom.