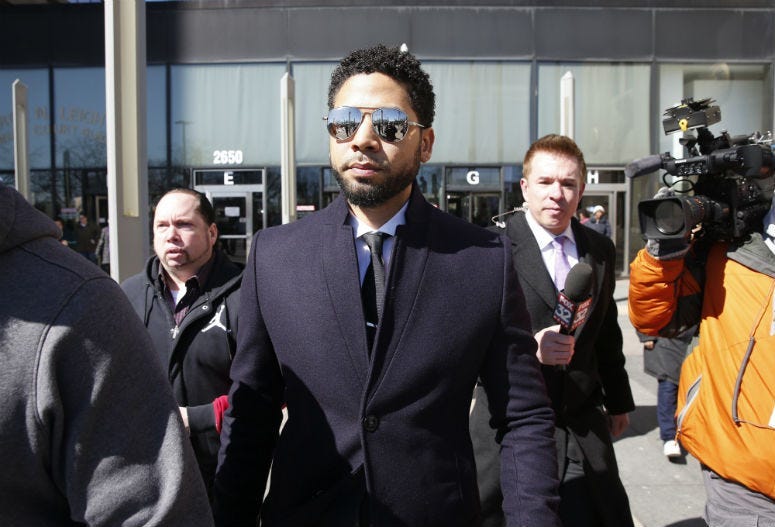 By Dakin Andone, CNN
(CNN) -- Thursday was the deadline for actor Jussie Smollett to pay the $130,106.15 bill sent to him by the city of Chicago, to cover the cost of the investigation into his claim he was the victim of a possible hate crime.

"The Law Department is now drafting a civil complaint that will be filed in Circuit Court of Cook County," Bill McCaffrey, a spokesman for the agency, said.

In a letter sent to the "Empire" actor on March 28, the city's corporation counsel said that if he didn't pay in the next seven days, he might be prosecuted using Chicago's municipal code or other legal remedies.

"The city feels this is a reasonable and legally justifiable amount to collect to help offset the costs of the investigation," McCaffrey said at the time.

The letter was sent after a prosecutor unexpectedly dropped 16 felony disorderly conduct charges against Smollett, who was accused of staging the attack on himself.

CNN has tried to reach the actor's attorneys. Previously, they declined to comment on the letter and referred CNN to a statement that said outgoing Chicago Mayor Rahm Emanuel and Police Superintendent Eddie Johnson should apologize to Smollett.

Smollett, who is black and gay, had told police that two men attacked him on January 29, yelling racist and homophobic slurs while striking him, police said. Smollett also said the men placed a noose around his neck and poured bleach on him, according to police.

More than two dozen police personnel spent weeks working the case, the letter sent to Smollett said, diverting law enforcement resources that could have been used to investigate other crimes.

Police ultimately came to believe Smollett staged the attack to bolster his profile and career. The actor has insisted he told the truth about the attack.

The charges against him were dropped after he forfeited his bail money and performed community service, prosecutors said.